Vile homophobic activist Scott Lively, who has been accused of inciting anti-gay hatred in Uganda, is considering running for Congress in a challenge to Democratic Representative Richard Neal 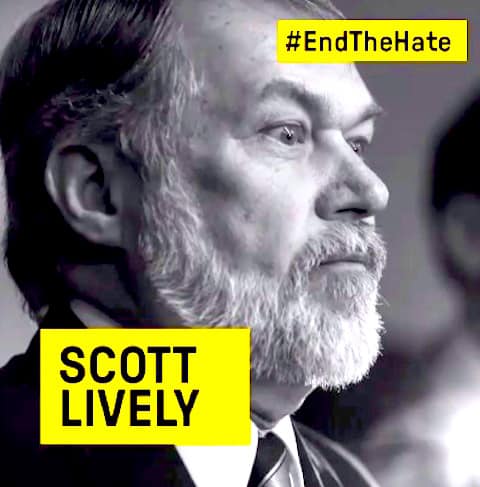 Vile homophobic activist Scott Lively, who has been accused of inciting anti-gay hatred in Uganda, is considering running for Congress in a challenge to Democratic Representative Richard Neal, reports Right Wing Watch.

Lively, who was profiled in last year’s Human Rights Campaign report The Export of Hate, made the announcement on BarbWire, the nasty website belonging to Peter LaBarbera, one of the more dangerous anti-gay activists in the U.S.

His run at congress appears to have come about following a “huge victory” in last year’s run for Massachusetts governor – Lively polled 19,000 votes, less than 1% of those cast.

Lively explains he is hoping to serve in Congress in order to fight the “homosexual agenda” and "anti-Russian propaganda" that is "robbing social conservatives of their most valuable potential alliance in the world today.”

He also makes clear that god is on the side of the bigots in their fight to implement the “goals of Biblical Christianity” around the world.

It is not clear how the news that Lively is to stand trial for crimes against humanity for his “work” spreading anti-gay hatred around the globe will affect his run for congress.

“There are a number of reasons why I would pursue Congress rather than a state office, but one of them is my interest in foreign policy and concern about the disastrous actions of the Obama administration around the world.

“I am especially concerned that the Neoconservatives (read Republican liberals) have aligned with the Obama administration re Russia and are jointly waging a campaign of anti-Russian propaganda designed to deceive conservatives into supporting a hot war with Russia.

“This is a not only very dangerous game geopolitically, it is robbing social conservatives of their most valuable potential alliance in the world today.  American and Russian conservatives could today be cooperating together to roll back liberalism around the world.  Instead, the cultural Marxists of both major US political parties are trying to drive a wedge between us with the absurd lie that Russia is trying to revive the Soviet Union.

“Neither Russia nor its president are without flaws, and it is as impossible to defend them against a campaign of relentless criticism as is anyone else but Jesus Christ.

“But if  we ask the simple question ‘Which countries of the world and their current leadership align most closely to the goals of Biblical Christianity and of ideological conservatism?’ it’s a whole different ballgame.

“If we rank the current leaders and countries of the world by that standard Putin and Russia rank high on the list — certainly much higher than Obama and his version of America.  Indeed, is there any world leader speaking in defense of persecuted Christians in the Middle East like Putin has?  Is there any other ‘first world’ nation standing up against the homosexual agenda like Russia is doing?"

Watch Lively explain his bizarre theory on the different types of homosexuality, AFTER THE JUMP… (hint – you're a dysfunctional bully)