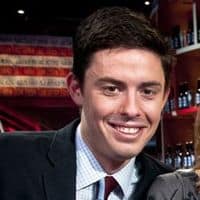 Tim Miller, who currently serves as the executive director of the America Rising PAC targeting Hillary Clinton and other Democrats, is expected to be named as Jeb Bush's top communications aide for the former Florida governor's expected 2016 presidential run, Politico reports.

The National Journal adds the 33-year-old is openly gay and previously worked on John McCain's 2008 presidential bid and Jon Huntsman's 2012 campaign. He has also served as a spokesman for the Republican National Committee.

Thanks yall. Thrilled and honored to work for a great person with the right message –@JebBush. http://t.co/6iouJJh2uo

Bush, while opposed to same-sex marriage, has attempted to position himself as a moderate on LGBT issues. Following marriage equality's arrival in Florida last month, Bush issued a calculated statement saying:

Politico adds that Kristy Campbell, a spokesperson for Bush’s PAC, described Miller as one of the most respected communicators in the nation. “His counsel will be critical to Governor Bush as the Right to Rise PAC works to support conservative candidates and conservative causes across the nation in the coming months,” Campbell said.

Previous Post: « Gay Florida Couple Encounters Another Benefits Roadblock Despite Successful Lawsuit Against State
Next Post: Focus on the Family is Freaking Out About the Supreme Court’s Upcoming Gay Marriage Decision: VIDEO »