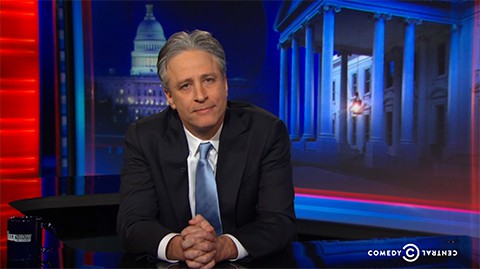 As we reported yesterday, Jon Stewart will be stepping down from his post as host of The Daily Show after 17 years in the job, which in an emotional address to his audience during yesterday's taping Stewart joked was the longest job he had ever had by 16 years and 5 months.

Stewart signaled that he would not be leaving immediately and that his official and final departure could come anywhere between July and December of this year. He said while he wasn't sure what the future would hold for him he had a lot of ideas about what he might do next, the least of which not being spending time with his family which he quipped are reportedly "lovely people" according to "multiples sources."

You get in this business with the idea that maybe you have a point of view and something to express and to receive feedback from that is the greatest feeling I can ask for and I thank you.

Watch Stewart's announcement, AFTER THE JUMP…