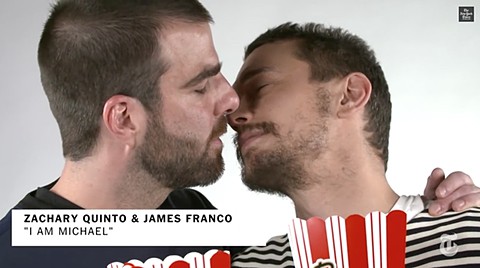 Zachary Quinto and James Franco were in Sundance for the screening of their film I Am Michael, about "ex-gay" activist Michael Glatze.

The New York Times set up a slow-motion photo booth on Main Street and Quinto and Franco were two of the stars corralled to have some fun in it. They were joined later by co-star Charlie Carver and director Justin Kelly.