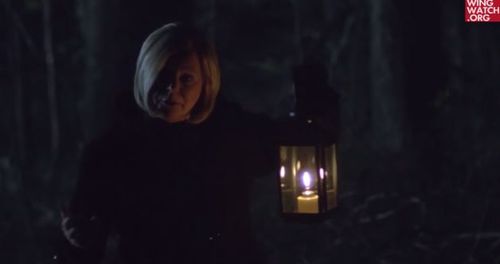 Faith 2 Action films have put together a documentary about the persecution of Christians in the United States, specifically at the hands of those homosexuals who want nothing less than the complete and utter criminalization of Christianity in their fight for equality. Janet Porter, who is bravely powering through her headaches, takes viewers through the attempts to "silence the truth" and thus the gospel and how to fight back with "what freedoms [they] have left."

Hosting such great-thinking and credible luminaries as failed presidential candidate Mike Huckabee, historical revisionist David Barton, and criminal against humanity Scott Lively going on and on and on about how consequences for actions – i.e., espousing bigoted and homophobic beliefs results in people not voting for a candidate or patronizing a business – are really the world conspiring to silence their beliefs. One speaker practically froths at the mouth about the very idea of the "gay gene", saying,

Ok. The genes thought to be responsible for homosexuality, at least in males, are: Xq28 on the X chromosome and was identified in 1993 by Dean Hamer; and 8q12, first signposted in 2005 on the 8th chromosome in research conducted by NorthShore Research Institute, headed by lead scientist Alan Sanders. 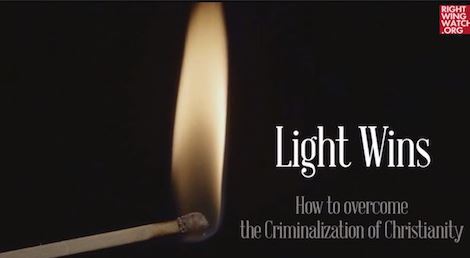