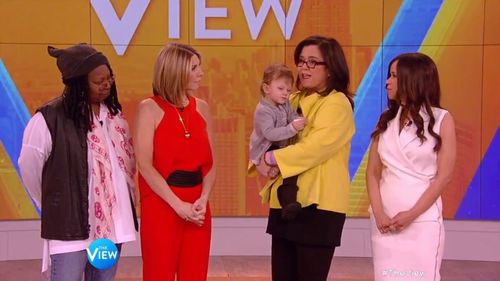 On today's episode of The View, Rosie O'Donnell – joined on stage by daughter Dakota – bid farewell to the daytime talk show for a second time.

O'Donnell thanked the cast, crew and Barbara Walters and said she'd return every now and then to do a crafting segment on the show.

Watch the goodbye, AFTER THE JUMP…

Earlier this week, O'Donnell posted a video to YouTube saying she was leaving the view over health concerns.