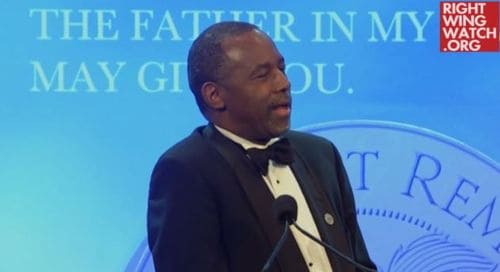 Watch a portion of Carson's keynote and find out what surprise "presidential" present Robertson received, AFTER THE JUMP… 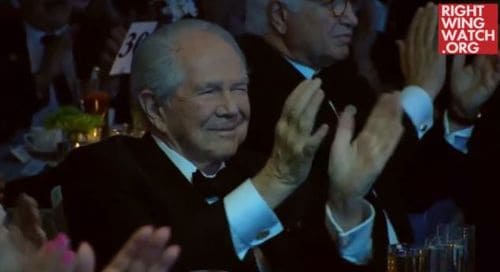 No word yet on whether any AIDS ring wearing homos were invited to the party.