"We will not embrace nor participate in exclusion or intolerance," said NASCAR, which is based in Florida and North Carolina. "We are committed to diversity and inclusion within our sport and therefore will continue to welcome all competitors and fans at our events in the state of Indiana and anywhere else we race."

"I encourage Paypal's new CEO and other CEOs in Silicon Valley to evaluate their relationship with the state of Indiana," he told CNBC's "Squawk on the Street" on Monday. "If local laws and bills say that it is OK to discriminate, you have to make sure that you are protecting your employees and you keep them safe and comfortable."

Today Gap Inc. and Levi Strauss & Co. are calling on retail and apparel companies, and other businesses, to join us in speaking out against legalized discrimination.

Both of our companies have a long history of standing up for equal rights and equal opportunity for all. We have consistently spoken out against discrimination and unequal treatment based on race, sex or sexual orientation.

As Indiana, Arkansas, and states around the country enact and consider legislation that perpetuates discrimination, we’re urging State Legislatures to stand up for equality by repealing and voting against these discriminatory laws.

These new laws and legislation, that allow people and businesses to deny service to people based on their sexual orientation, turn back the clock on equality and foster a culture of intolerance.

Discriminatory laws are unquestionably bad for business, but more importantly, they are fundamentally wrong. They must be stopped.

At Gap Inc. and Levi Strauss & Co., we are proud to say we are open to business for everyone.

We’re disappointed to see state bills that enshrine discrimination. These bills are unjust and bad for business. We support #EqualityForAll.

"The game of basketball is grounded in long established principles of inclusion and mutual respect. We will continue to ensure that all fans, players and employees feel welcome at all NBA and WNBA events in Indiana and elsewhere." 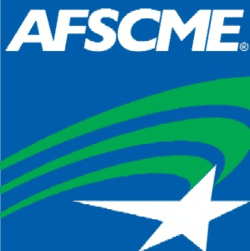 American Federation of State, County & Municipal Employees are pulling their conference out of Indiana:

This un-American law sets Indiana and our nation back decades in the struggle for civil rights. It is an embarrassment and cannot be tolerated. As such, AFSCME will move our 2015 Women’s Conference in October from Indianapolis to another state. Additional details about the conference’s new location and any necessary date change will be announced as they become available.

The 1.6 million members of AFSCME cannot in good conscience make such a sizeable financial investment in Indiana knowing that women and men in that state are deliberately targeted for discrimination.

Gen Con has asked Governor Pence to support an amendment to RFRA that includes protections against discrimination based on sexual orientation and gender identity. We believe that freedom from discrimination is a fundamental human right. Until Gen Con has received legally sound assurances that Indiana will support these rights, we are halting our plans to expand Gen Con into Lucas Oil Stadium, and plans for further expansion into other hotel convention spaces…

And New York lawmakers want the state to join others including Connecticut, the cities of Seattle, Portland, San Francisco in banning state-funded travel to Indiana.

Duke University has spoken out on Indiana ahead of the Final Four:

"Duke University continues to stand alongside the LGBT community in seeking a more equal and inclusive world, and we deplore any effort to legislate bias and discrimination," the statement reads. "We share the NCAA’s concern about the potential impact of the new law, and will be vigilant to ensure that our student-athletes, supporters, and indeed all citizens and visitors are treated fairly and with respect.”