Indiana University President Michael A. McRobbie has issued a statement attacking the Religious Freedom Restoration Act, which was recently signed into law in Indiana

"The recent passage of the Indiana Religious Freedom Restoration Act has brought significant negative attention to the state of Indiana throughout the nation and indeed the world, because the law is widely viewed as signaling an unwelcoming and discriminatory atmosphere in our state. 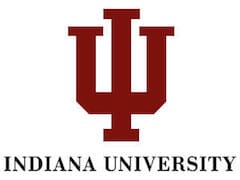 "For its part, Indiana University remains steadfast in our longstanding commitment to value and respect the benefits of a diverse society. It is a fundamental core value of our culture at Indiana University and one that we cherish.

"To that end, Indiana University will recruit, hire, promote, educate and provide services to persons without regard to their age, race, disability, ethnicity, gender, gender identity, marital status, national origin, religion, sexual orientation or veteran status. Equally importantly, we will not tolerate discrimination on the basis of any of these same factors.

"These are not merely words written in a policy and soon forgotten. These are core values by which every member of the Indiana University community is expected to treat his or her fellow colleagues, students and visitors.

"I want to reassure the entire Indiana University community, including our students, faculty, staff and alumni, that each and every one of you is welcome and appreciated for the unique qualities that you bring to our community. We are all better as a result of our shared experiences, as different as those experiences in life may have been."

At a press conference yesterday, Indiana's GOP leaders attempted to calm the growing backlash against the law. Subaru of America, which has a major automotive plant in Indiana, issued a statement condemning the law while Stephen King attacked it as “dog turd.”