Speaking in an interview with Michelangelo Signorile, Thomas said the Supreme Court is likely to vote in favor of marriage equality and that there is not much he can do about it “because “everything is right on schedule.” Earlier today, the high court announced it would hear arguments in four same-sex marriage cases April 28.

Before speaking with Signorile, Thomas had just moderated a panel on the threat to “religious freedom” that included Dana Loesch and Tony Perkins, the leader of listed hate group the Family Research Council. 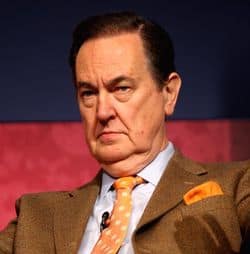 “If you read the Scriptures, as I do, in both testaments all of these things are forecast in prophesies, in the book of Daniel and what Jesus and Paul said, so I'm not worried about it.

I say everything is right on schedule. I’m trying to shore up my own family first and, hopefully, that will be an example to other people… If you look at not only what Jesus said, but Paul the Apostle, about what things would be like in the end times, people will be lovers of lies rather than the truth. They will elevate things that are called abomination in scripture to normality… All of the prophesies up to the final ones have come true. And that’s why I say that everything is right on schedule.”

In 2012, Thomas said that Rachel Maddow was the best argument for her parents to use contraception.