August Easton-Calabriaand has launched a Change.org petition asking the Boy Scouts of America to end a policy preventing openly gay people participating in the organization once they turn eighteen 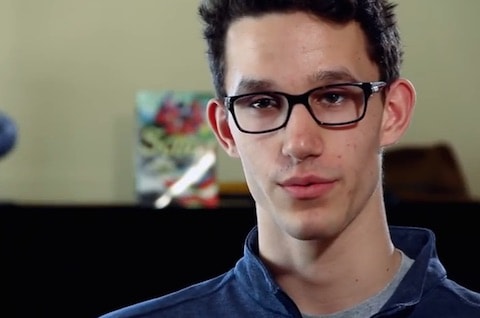 In support of his gay identical twin brother, August Easton-Calabriaand has launched a Change.org petition asking the Boy Scouts of America (BSA) to end a policy preventing openly gay people participating in the organization once they turn eighteen, reports The Advocate.

August and his brother Liam (above) grew up as part of the BSA. Both reached the rank of Eagle Scout last year. The petition reads in part:

“I am straight. Liam is gay. In the eyes of the BSA, I am worthy to share Scouting with my children, but he is not. This heartbreaking consequence for Liam, me, and our parents goes against all I learned in Scouting.

“In the face of the National Council’s continuing prejudice against gay and lesbian parents and volunteers, it is up to individuals and local Councils to demonstrate support for dropping the anti-gay ban. That is why I am calling on my local Council to follow the lead of other Councils across the country and speak out for change.”

The petition is now close to receiving 25,000 signatures.

Watch the short documentary Clipped Wings which tells Liam's story and follows Geoff McGrath, a scoutmaster who was ejected from scouting because of his sexuality, AFTER THE JUMP…