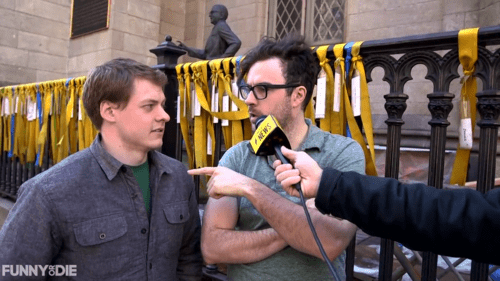 But what if Ben Carson was right?

What if folks really did adopt a “when in Rome” mentality as they entered into prison? Never ones to shy away from a potential story, the good folks at Funny or Die News took to the streets to ask people: “when did you choose to be gay?” The answers may shock you. But they probably won’t.

Previous Post: « Lawyers for Philly Gay Bashing Trio to Ask for Charges to Be Dropped or Lowered
Next Post: Go Behind the Scenes With This Season’s Queens in ‘RuPaul’s Drag Race: Untucked’ – VIDEOS »