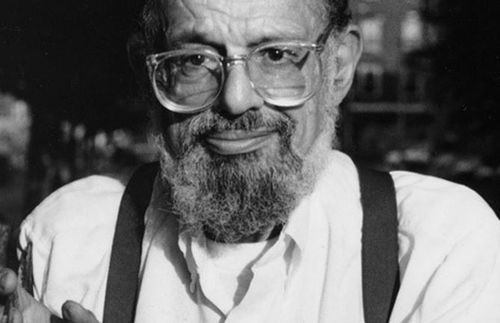 An English teacher at South Windsor High School in Connecticut has been placed on leave after reading a sexually explicit Allen Ginsberg poem to his class, WTNH-TV reports:

The teacher, whose name has not been released, read the Allen Ginsberg poem “Please Master” aloud in an English class for high school students. That poem was written in 1968. He had another poem banned in the 1950s for obscenity. Parents were shocked when they heard and read the material for themselves.

“I don’t understand how that actually got into a high school class,” said one parent who wanted to remain anonymous. “I can understand parents being really upset about it.”

“My son is not in that class. If he was, I think I would be mortified,” the parent said. “It was extremely inappropriate.” […]

“We take seriously the trust that parents place in teachers and administrators, and we do not tolerate the use of inappropriate materials in classroom settings,” said Carter in the statement.

Watch WTNH-TV's report on the story and read the poem yourself, AFTER THE JUMP…(warning: graphic language)

Poem can be found here.

Previous Post: « U.S. Army Court of Appeals Rules Military Can No Longer Refer to Chelsea Manning as a Man
Next Post: All-women’s Wellesley College to Accept Transgender Students for the First Time »