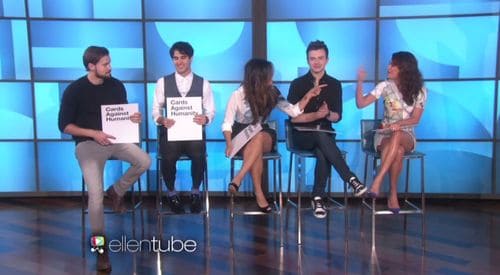 Glee stars Chris Colfer, Jenna Ushkowitz, Lea Michele, Chord Overstreet and Darren Criss stopped by The Ellen DeGeneres Show this week ahead of next Friday's Glee series finale to play a game of Cards Against Humanity, which if you haven't played yet is basically just a raunchier version of Apples to Apples.

The cast also sat down with Ellen to reminisce about the show's six years on air and discuss shooting an emotional scene in the last episode paying tribute to former Glee leading man Cory Monteith, who passed away from a drug overdose in July 2013.

Watch both segments, AFTER THE JUMP… 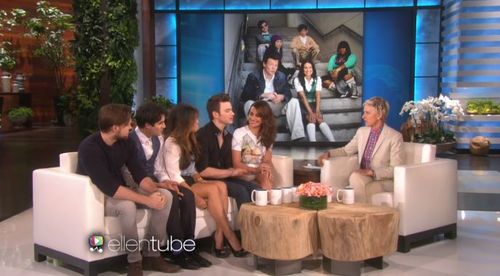