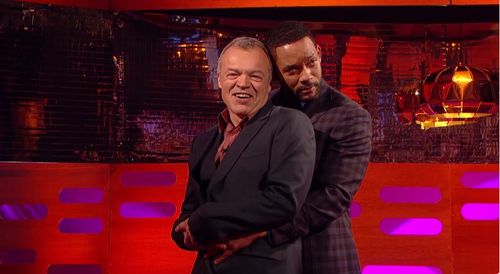 Chatting with actor Will Smith on The Graham Norton Show this past week, Norton revealed Smith's skill with the "hover hands" technique of posing for a fan photos without actually touching the other person in the shot.

Following the reveal, Smith proceeded to show off a few of his more intimate "old styles" of poses by practicing them with Norton – including the pelvic lean and prom-style. The two then took an audience-sized selfie alongside actress Margot Robbie.