By a vote of 63-31 today, the Indiana House of Representatives passed a bill allowing private businesses, individuals and organizations to discriminate against LGBT individuals on religious grounds.

The bill, SB 101, passed the Senate last month. Gov. Mike Pence has pledged to sign the bill into law. 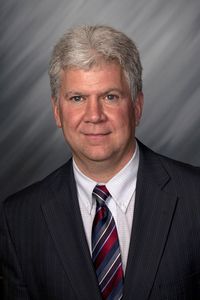 “It’s important that we allow our citizens to hold religious beliefs, maybe even those we might be appalled by, and to be able to express those,” said Rep. Tom Washburne (right), R-Inglefield.

Opponents say it would license discrimination, particularly against gays and lesbians.

“It basically says to a group of people you’re second rate, you don’t matter, and if you walk into my store, I don’t have to serve you,” said Minority Leader Scott Pelath, D-Michigan City. […]

Gay rights groups and several major Indiana employers — including Salesforce, Cummins, and Eskanazi Health — have opposed the measure, fearing it will encourage discrimination and hurt Indiana’s reputation as a welcoming state.

We are extremely disappointed that Indiana’s House, despite knowing the vast implications for all Hoosiers, voted to facilitate religious discrimination in many areas of life for Indiana’s families, workers and others. Once the governor signs this bill into law, women, racial minorities, religious minorities, people living with HIV and many others will be much more vulnerable to the whims of any individual or business owner who refuses services to particular groups of people based on religious objections to who those people are.

A campaign urging Pence to veto the bill is currently underway.

#SB101 is the most dangerous anti-LGBTQ law in the country. CALL Indiana Governor Mike Pence to veto it! 317 232 4567 pic.twitter.com/B8aBlFzcHE