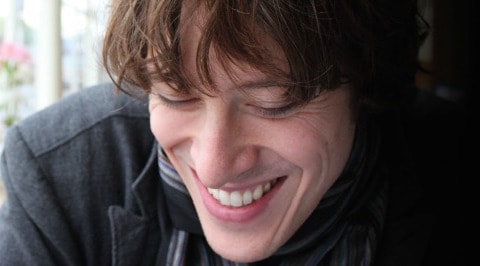 New Music is brought to you weekly by Deadly Music!, which covers mostly indie/alternative music as well as electronica, ambient/modern classical, pop and anything really, really good. Most tracks are available on a Soundcloud playlist, some of them on a Spotify playlist….both of which are embedded at the end of this post.

Recommended for fans of The Jesus and Mary Chain, Eagulls and perhaps your new favorite thing.

Tommy Wallach: We All Looked Up

Tommy Wallach (above) is something of a Renaissance man.

A Brooklyn-based writer and musician, as well as releasing new single “I Will Watch”, Wallach is also set to publish his debut novel We All Looked Up with Simon & Schuster along with a companion album of the same name. Not only that, the book is also being made into a movie next year by Paramount.

Bit of an underachiever then, much like London based rapper, writer, poet, actress and playwright Kate Tempest.

Listen to new tracks by The Sinclair Sinclair, Assembling Languages and Akroyd Smart, AFTER THE JUMP… The Sinclair Sinclair is a coldwave downtempo electronica act from Estonia channeling Joy Division and early Cocteau Twins and matching contemporary acts like Schonwald and Hockeysmith hypnotic beat for beat.

“Cosmos” is the first track to be heard from The Sinclair Sinclair in 2015 and was released as a digital single via London’s Beautiful Strange on March 9th ahead of the release of the quartet’s debut album Breaking the Waves, due June 1st.

Assembling Languages: “Boundaries of Us”

“Boundaries of Us” is the first track by new wave / electronica act Assembling Languages.

Harking back to the golden days of 80s electronica, “Boundaries of Us” has the arch cool of Blancmange and Visage, the pop sensibilities of Flock of Seagulls and the killer hooks of Bronski Beat.

Australian alternative hip hop artist and producer Akroyd Smart is releasing his first pre-single, “Different” from his debut project INTROVERT, a hard hitting banger that is both genre-crossing and catchy.

“Different” has a blend of hard hitting trap-styled drums with jazz inspired horn samples mixed with witty, self aware and deprecating rapping styles akin to the wonderful swelo.

Previous Post: « Texas In ‘League Of Its Own’ with 20 Hateful Anti-LGBT Bills In 2015
Next Post: Indiana University President Attacks State’s ‘License To Discriminate’ Law: VIDEO »