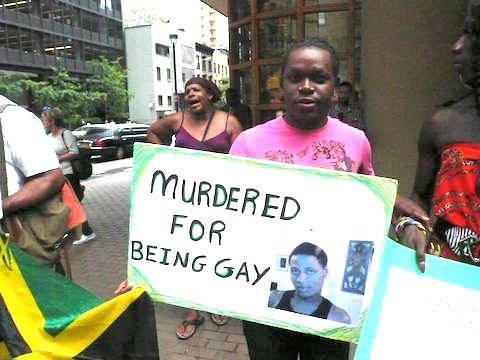 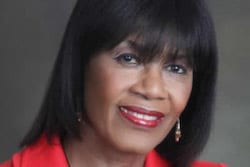 Simpson-Miller was speaking at St. George’s Episcopal Church in Manhattan. The activists were addressing her government’s lack of response to increasing anti-gay violence in Jamaica. The group also challenged her outside of the church, chanting “Gay rights Portia. Protect Jamaica’s gays.”

According to the Jamaica-Gleaner, Simpson-Miller challenged the protesters from the podium:

“Nobody ever hears the government of Jamaica beating up gays, not one. Let me tell you something – you want to disturb, you can disturb, but this woman came here with the blood of Nanny of the Maroons and the spirit of Marcus Mosiah Garvey, and this woman is not afraid of no man, nowhere, anywhere. And I will speak the truth everywhere.”

A report from the Jamaica Forum for Lesbians All-Sexuals and Gays (JFLAG) found that at least 30 gay men have been murdered on the island between 1997 and 2004. These include J-FLAG co-founder Brian Williamson who was stabbed to death inside his home in Kingston in 2004.

Jamaica is among the English-speaking countries in the Caribbean in which consensual gay sex remains illegal. Simpson-Miller said shortly before her 2011 election that she intended to review the country’s anti-sodomy law.

Watch a video of last week's confrontation, AFTER THE JUMP…