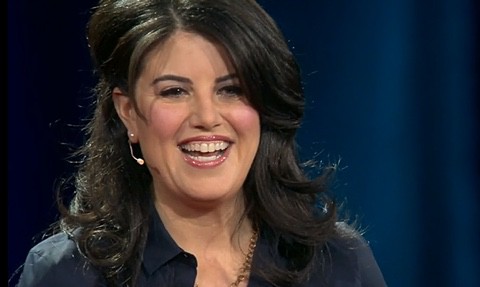 Monica Lewinsky, the former White House intern whose affair with President Bill Clinton made her internationally famous overnight when its salacious details hit the internet in 1998, stepped into the spotlight at the annual TED Conference on Thursday in Vancouver. 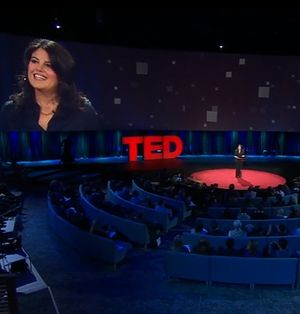 I spent the week at TED and was in the room when Lewinsky stepped up in front of the receptive and curious audience to lead off a segment of the conference called 'Just and Unjust'. Lewinsky has spoken about her experiences only a few times to date (she spoke at Forbes '30 Under 30' summit in October 2014).

Lewinsky talked of the mistake she made by "falling in love with [her] boss" and its "devastating consequences."

“I was branded as a tramp, tart, slut, whore, bimbo and, of course, ‘that woman.’ I was known by many, but actually known by few. I get it. It was easy to forget ‘that woman’ was dimensional and had a soul.”

She added: "Not a day goes by that I am not reminded of my mistake, and I regret that mistake deeply."

Lewinsky said that she was finally able to put some perspective on the public shaming she had endured 12 years later after her mother called her to discuss the death of Tyler Clementi, the Rutgers student who took his own life after being secretly filmed by his roommate have an intimate encounter with another man and then humiliated when the video was posted to the internet.

"Tyler's tragic senseless death was a turning point for me. It served to re-contextualize my experiences and I then began to look at the world of humiliation and bullying around me and see something different."

She added: "There is a very personal price to public humiliation and the growth of the internet has jacked up that price."

Lewinsky, who also cited recent hackings of Snapchat, iCloud, and SONY pictures and the intent behind them to publicly embarrass celebrities and executives, said she has since been motivated to battle cyberbullying and encouraged people to be "upstanders" rather than "bystanders" on the internet, and battle trolling with positive comments.

Finally, she addressed accusations that her decision to step back into the spotlight might be politically motivated:

"In the past nine months the question I've been asked the most is 'why?' Why now? Why was I sticking my head above the parapet?' You can read between the lines in those questions. And the answer has nothing to do with politics. The top note answer was, and is, because it's time. Time to stop tiptoeing around my past. Time to stop living a life of opprobrium. And time to take back my narrative. And it's also not just about saving myself. Anyone who is suffering from shame and public humiliation needs to know one thing. You can survive it. I know it's hard. It may not be painless, quick, or easy, but you can insist on a different ending to your story."

I'll be sharing more videos from the TED 2015 conference on a variety of topics over the next few days and weeks.