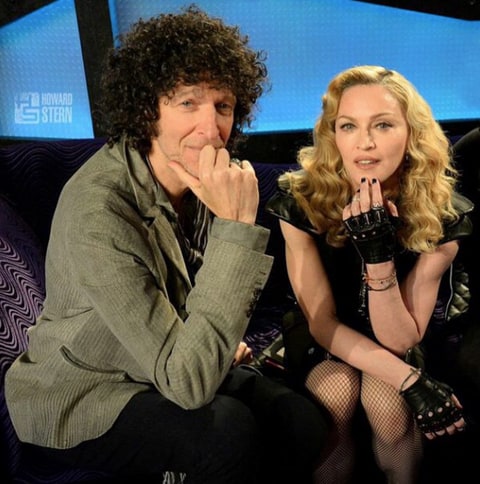 Madonna made her first-ever appearance on The Howard Stern Show yesterday and the two spoke for 90 minutes about celebrity friends, raising her kids, dating Jean-Michel Basquiat and Tupac Shakur, her early years in New York during which time she was raped, her relationships with Warren Beatty and Sean Penn, her mother's death, her distaste for living in a small town, astrology, her friendship with Michael Jackson, her fall at the Brit awards, her Super Bowl hafltime show, and 'inventing reality TV' with Truth or Dare.

She also announces that her next single will be "Ghosttown."