A Corinth, Mississippi resident has denied allegations that a vicious attack on gay man Devin Norman last weekend was a hate crime 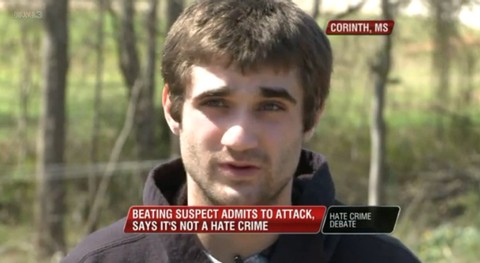 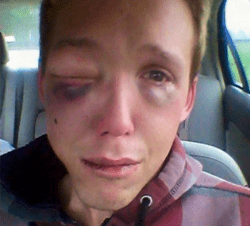 Scott (above) has admitted to attacking Devin Norman (right) in the car park of a Corinth Walmart last Friday.  Norman suffered a broken cheekbone and other serious facial injuries.

Scott alleges that Norman threatened to out him using images posted on Facebook.

“I cannot see how it could be a hate crime. I don’t even have an emotional hatred for him. The only thing I dislike about it was that he took something from me…I should have know better. I should have been more of an adult. I should have thought before I acted.”

Charges against Scott are likely to be upgraded from simple assault to aggravated assault after police found out Norman suffered broken bones.

Watch an interview with Scott and Norman, AFTER THE JUMP…

Previous Post: « Josef Salvat Is A Bisexual ‘Hustler’ Playing A Dangerous Game With Love: WATCH
Next Post: Mom Reads Gay Son’s Grindr Messages and Has a Few Things to Say About Them: VIDEO »