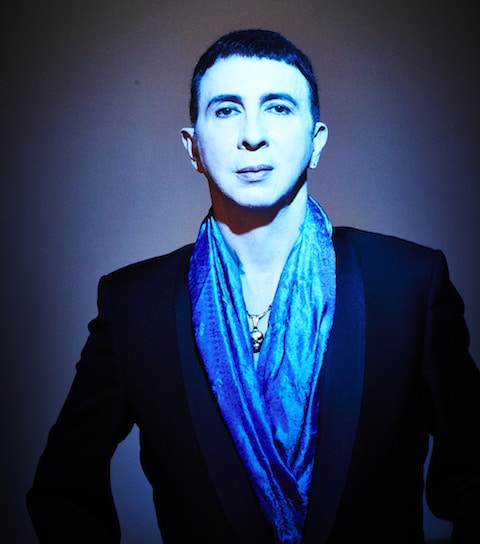 One of the most consistent and original artists for well over 30 years now, Marc Almond released new album The Velvet Trail last week.

After hinting that his 2010 album Varieté would be his last to feature his own new material, producer and songwriter Chris Braide convinced Almond to make “the ultimate Marc Almond” album.

In equal measures melodramatic and dark, “some of the songs have a more personal melancholy, reflective and evocative, like the title track "The Velvet Trail," a song about memories, nostalgia, childhood and death…Chris wanted to create his ultimate Marc Almond record, electric, lush, emotional, dark and sexy and I felt inspired by his tunes and production to deliver just that”.

Presented in three acts, each preceded by a short instrumental piece, The Velvet Trail is imbued with incredible depth by Almond’s inimitable vocals.

Recommended for fans of my bloody valentine, The Pains of Being Pure at Heart, Echodrone, Ummagma and Seasurfer,

have a look at the video for “Serotonin Hit” taken from forthcoming album Moyamoya.

Listen to new songs by ticktock, Pale Honey and Tiger! Shit! Tiger! Tiger!, AFTER THE JUMP…

ticktock: “Time For A New School Of Alchemy”

“Time For A New School Of Alchemy” is taken from the EP TCOLT which was released yesterday.

Pale Honey is female indie rock duo from Gothenburg, Sweden. Already likened to artists likes PJ Harvey and Sleater-Kinney, add to that the pared-back basics of White Stripes and you’re onto a winner.

“Youth” is taken from the self-titled debut album, out May 4th on Bolero Records.

Apart from having an even sillier name than the ultimately disappointing Circle of Puke, Italian act Tiger Shit! Tiger Tiger make indie noise rock that will potentially bend your tiny mind.

Their latest album Forever Young is out now.