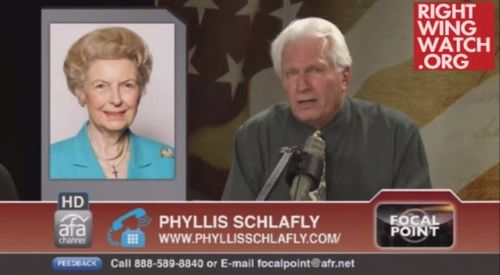 Schlafly also urged President Obama and his successor to direct the Attorney General to defy the Supreme Court ruling, insisting that the highest court in the land cannot undo laws that have stood for “several thousands of years.” 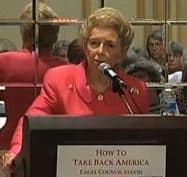 “We just cannot live in a country where one judge or even five judges are able to change the law of our land that goes against the laws of most of our states and we’ve had for several thousands of years about the definition of marriage, that is simply not our form of government.”

Schlafly is not only an anti-gay activist – she has also been fighting the feminist movement for over 40 years.

Listen to Schlafly’s odd notions, AFTER THE JUMP…