A South Carolina Senate subcommittee yesterday passed a resolution to add an amendment to the U.S. Constitution that would ban same-sex marriage

A South Carolina Senate subcommittee yesterday passed a resolution calling for an amendment to the U.S. Constitution that would ban same-sex marriage, The Post and Courier reports. 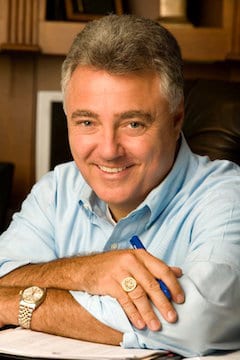 “It has to do with the propagation of our species. It is what is in the best interest of our species. Now we’re told through a federal judge that now we have to change that. It throws out of kilter all of our laws that have been based on the foundation of [marriage between a] man and a woman.”

@larrygrooms Gov Jindal is CORRECT..You are the Party of Stupid They are 7 billion + ppl in the world We're not dying off #HateInJesusName

GOP State Senator Lee Bright added that federal judges who have made same-sex marriage legal should be impeached while subcommittee Chairman Shane Massey said “marriage is one man and one woman, and I believe that’s the way it’s been in the history of mankind up until the last 15 years.”

The resolution was opposed by the two Democrats on the subcommittee.

The measure was passed onto the Senate Judiciary committee, where it is thought likely to pass.