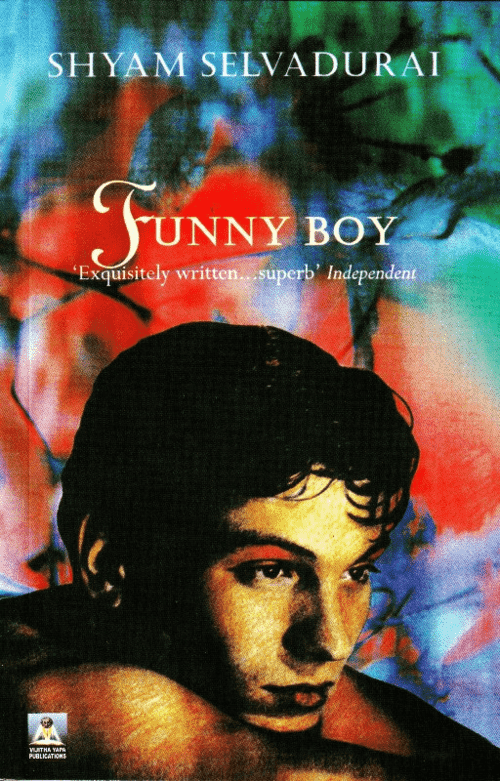 Funny Boy is a Sri Lankan book Stefan grew up with and loved (written by Shyam Selvadurai and highly recommended to any LGBT traveller visiting Sri Lanka).

It tells the story of a young Tamil gay boy called Arjy growing up in 1980s Sri Lanka during the civil war era, struggling to come to grips with his homosexuality in a very religious and traditional family and society.

But coming here some 30 years later in late 2014, we wondered if much has changed.

Gays in Sri Lanka are pretty much regarded as criminals, like gays in India or gays in the Maldives. The draconian laws from the British colonial era (sections 365 of the Sri Lankan Penal Code 1886) criminalizing gay sex (“carnal intercourse”) with up to 10 years in prison and a fine are still in place .

Unfortunately in 1995 the Sri Lankan judiciary threw gay Sri Lanka backwards by amending this law to criminalize acts of "gross indecency" with a fine and up to 2 years in prison (section 365A). There is no guidance as to what exactly “gross indecency” is or isn’t, which leaves it open to abuse by the police to victimize the LGBT community.

Despite attempts by the UN and various Sri Lankan LGBT protest groups to question and repeal these laws, the government has not historically been the most obliging:

The recent former President Rajapaksa, stated gay marriage would ruin the Buddhist heritage of the nation. He also opposed Norway's ambassador to Sri Lanka (Grete Lochen) bringing her wife into Sri Lanka, arguing that lesbian marriages are not legal in Sri Lanka, so allowing *them* in would encourage Sri Lankan women to want to behave in this manner! 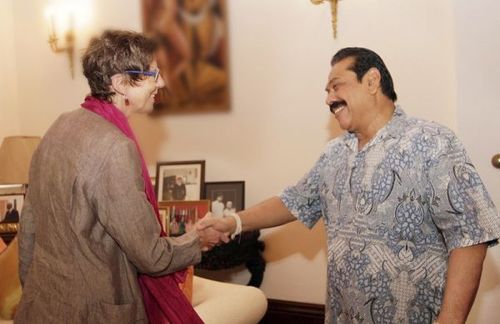 The recent surprise result in the Sri Lankan elections removed Rajapaksa from power and saw Maithripala Sirisena elected. Whilst this brings an end to the homophobic government of Rajapaksa, it remains to be seen if Sirisena’s will be any more welcoming to the hidden gay Sri Lanka community than his predecessor was.

As foreigners in Sri Lanka, we had a lovely time, completely trouble free and found the locals to be very friendly, kind-hearted people. But as we found in the Maldives, as foreigners, we will always enjoy a different level of treatment, whether straight or gay. 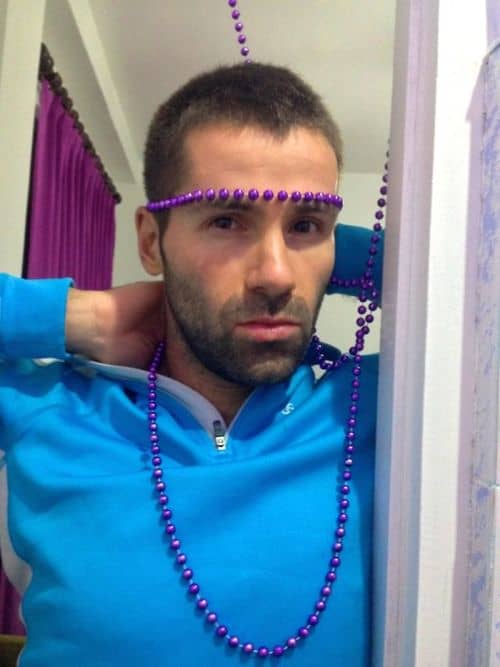 Princess Seby camping it up in Nuwara Eliya, hill country of Sri Lanka

We met a Sinhalese author in Colombo, Kaluu, who has published various books and poetry, some with a LGBT theme. He has asked to remain anonymous for fear of reprisal from family and his work, so we will refer to him just as – "Kaluu" (it means black in Sinhalese, his nickname because he has darker skin than your average Sri Lankan).

Good afternoon Nomadic Boys. I am Sri Lankan born, 34 years old, living in Colombo. I’m also a son, a friend, a gay, a Buddhist, a writer, and a poet. Above all, a human. 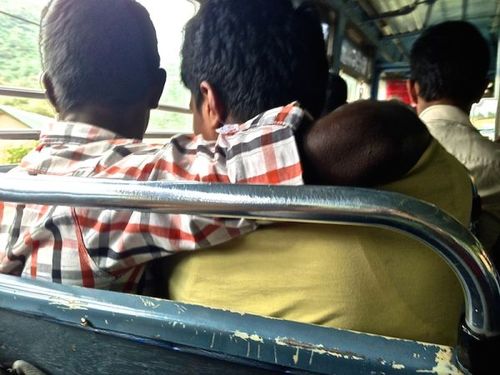 You’ve asked us to keep your name anonymous on our blog, why is this?

Sri Lankans do not possess positive attitudes towards homosexuality. Exposing my sexual identity could affect my job, embarrass my family and could even be life threatening. My friends have faced such bitter experience for being “out”, particularly in rural areas.

For example, one friend was beaten by his older brother when he came out to him until he bled. He ran away and now lives alone.

Another friend came out to his family and his father had a heart attack when he found out. He decided to marry and live a “good” heterosexual life to please his parents and cut off all contact with his gay friends, including me.

We are in our 30s and almost the same age as Arjy, the fictional character in "Funny Boy". What was it like growing up in 1980s Sri Lanka with the civil war in the background and coming to terms with your homosexuality?

I am from a Sinhalese lower middle class family in Colombo and Arjy is from an upper middle class Tamil family, also in Colombo. Tamils are a minority in Sri Lanka, as is being gay, so not an easy life for Arjy.

Growing up in Colombo in the 1980s, my family lived with continuous fear of bomb attacks. Suicide bombers killed hundreds of people in Colombo. Sometimes our parents had to take turns to guard us at the school gates. At school it was decided we had to use see through bags for a period of time for security.

When traveling on public transport there was an intense paranoia and everyone suspected everyone of being a suicide bomber. If a suspicious bag was found without an owner, people panicked and ran away.

Several politicians have been victims of suicide bombers, including former President Premadasa. We watched war on TV news at nights. The news readers were reporting deaths as “This many of soldiers gave their lives for the motherland”….and “This many Tamil tigers were killed” Death was everywhere. It was far more severe in war-affected areas like Tamil in the north. 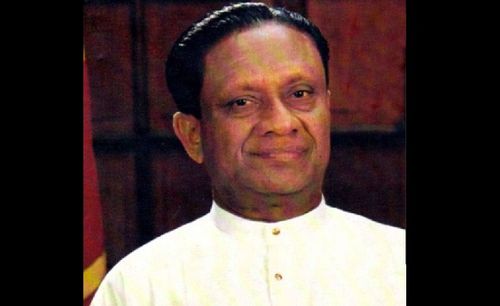 Former President Premadasa assassinated in 1993 by a suicide bomber.

Are you out to anyone in your family or your friends?

Nobody in my family knows about me being gay. If they were to find out, it would cause a lot of problems and I don’t want to sour relations with my family.

My close friends (mix of gay and straight) know about me though and are okay with it.

How did you meet other gays growing up?

Growing up without internet was hard for gays to meet, so popular meeting places were on the beach or through friends of friends.

Colombo doesn't have gay places as such, but the growth of internet usage in Sri Lanka has allowed the LGBT community to connect easier with each other via sites like Lanka Love and Gayromeo and more recently, Grindr. Unfortunately, many men hide their identity on these sites. 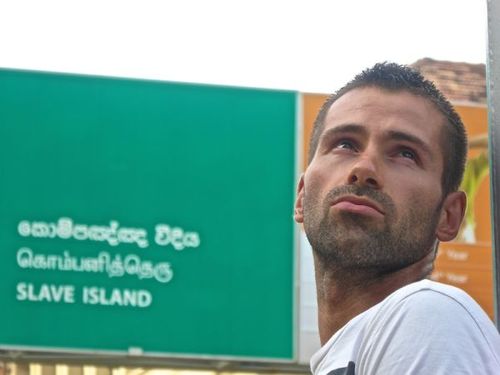 Do you know anyone who was victimized by the police because of their sexuality?

I’ve not heard of anyone ever being convicted under sections 365 or 365A. But the police often harass gays. For example they target places gays use to meet like parks, beaches and public toilets and frighten them into paying a bribe, sometimes physically assaulting them.

Once I witnessed an assault by a group of three tuk tuk drivers in Colombo victimizing a transgender. His lip was bleeding. I was helpless. It was painful to be there and do nothing. If I tried to help the transgender, they would have definitely beaten me up too.

So you see, whilst no one has ever been convicted under the anti gay laws, they are still used as a means to encourage fear and hate towards gays.

Do you get asked a lot by family when you're going to get married? How do you deal with this?

I do not want to cheat an innocent woman just to please my family. My family do of course dream about their future daughter in law and grandchildren. Sri Lankans don’t have positive attitudes about bachelors.

Many of my gay friends have married women to relieve them from family pressure, but in doing so they create more problems resulting in divorce, fleeing the country and in more extreme cases, suicides. Even in the UK this is a common problem amongst some Asian communities. 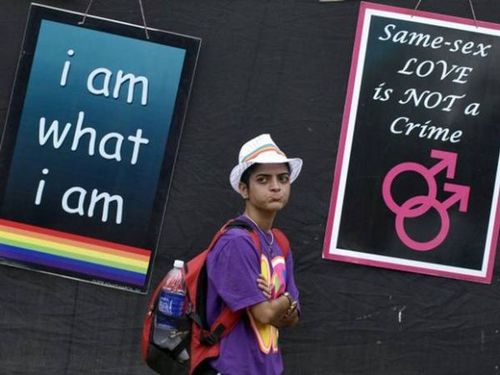 Forced marriages are common amongst gay men in Asian communities to avoid problems with their families – even in the UK!

Do you have a boyfriend?

I don’t have a boyfriend at the moment. I had one but we had problems because of the pressure from his family to marry a woman.

How gay friendly do you think the new president Sirisena is: the dawn of a new era for gay Sri Lankan community?

In his policy statement, Sirisena made no mention of gay rights. But the people around him are believed to be open-minded.

But, however open-minded Sirisena’s government is, change will not happen over night. A significant cultural change is needed before anything can happen, not to mention a repeal of the old colonial laws, which pretty much label us as criminals!

Despite the politics, I must clearly state that the majority religion in Sri Lanka (Buddhism) holds no negative attitudes towards homosexuality, despite some of our political leaders trying to use our religions as a means to justify a homophobic culture. 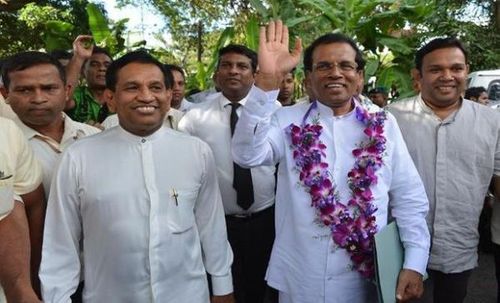 Is that a feather boa President Sirisena is wearing, ready for Colombo Pride 2015…??!!

Are there any popular gay bars or clubs in Sri Lanka?

There is no gay scene in Sri Lanka. But tourism is considered as a large income generator for Sri Lanka that a blind eye is turned to the anti gay laws in relation to foreigners.

For example, gay friendly hotels are allowed to openly market to gay tourists, like in Negombo, which has become quite popular with gay tourists over the past few years. There are also several “beach boys” (male prostitutes) working on Negombo's beaches, both straight and gay. 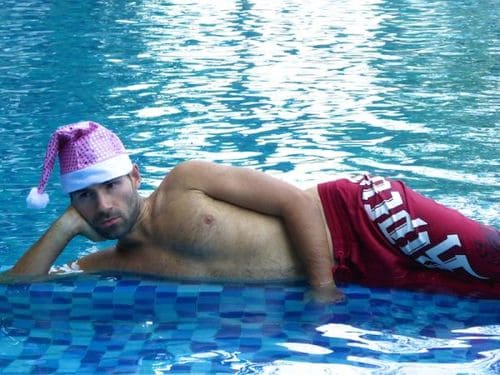 This particular beach boy is not for sale.

Can you recommend any gay friendly places to stay in Colombo or Sri Lanka generally?

In Colombo, most of the larger hotels such as the Hilton or the Taj Samudra are accommodating to gay tourists. In Negombo, the Dickman Resort (!!) is well-known among the gay community but there are dozens of other hotels in the area who will also welcome gay tourists.

Finally, Stefan found this lovely hat in Negombo to ward off those ever so strong sun rays. If he was to wear this on Unawatuna beach holding Sebastien's hand, would we run the risk of getting arrested under the "gross indecency" laws? 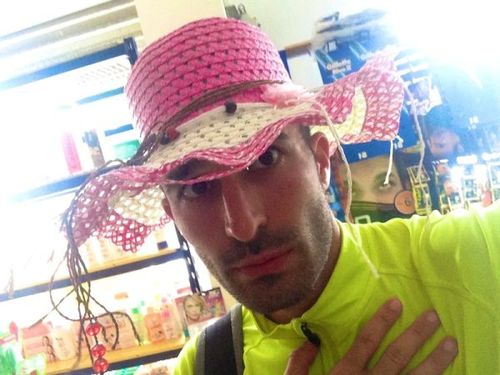 Hey love birds. I don’t think so. If I could I’d love to arrest your lovely Seb and keep him in my place. Maybe you both. Ha ha ha…

Watch our travel video diary of our adventures through Sri Lanka as we ate our way through this tropical island, took some beautiful train journeys and enjoyed excellent safaris spotting leopards and blue whales.