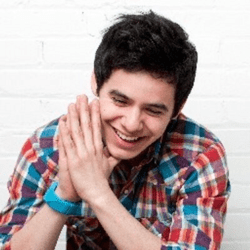 Said Archuleta in the tweets, since deleted: "Romantic love is incomplete. It is a prelude. Love is nourished by the coming of children, who spring from the fountain of love…Expressed between a man and woman in marriage. #PresPacker"

"I apologize if I have offended anyone with the quote I sent out Saturday. I guess I didn't think about the line "expressed between a man and a woman in marriage" being stressed when the whole quote didn't fit in just 1 tweet. I am sorry my intentions were misunderstood, as my main focus was that too often romance is looked at as the end-all when there is so much more. The bonds that can be there within a family and raising kids, as that is the most valuable thing I have: my family. I do hope however, that whoever may have been offended may know I respect everyone's freedom to believe and live as they choose. I hope others can respect what I value most in my life as well. Again, I'm sorry and please forgive me if I offended you."

Archuleta is a devoted member of the LDS Church who put his music career on hold in 2012 to become a Mormon missionary.

The tweets, since removed…. 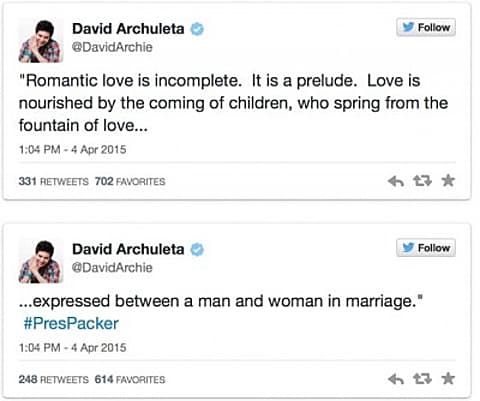