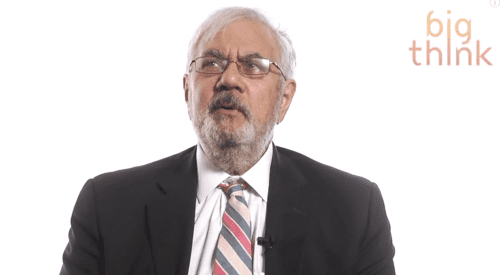 In a new video for Big Think, former U.S. Rep. Barney Frank offers some subtle advise for atheists with political ambitions: be careful referring to yourself as an atheist, Frank cautions.

Frank acknowledges the importance of stopping oppression of "nonbelievers," and that he himself doesn't have a particularly "theistic approach." But Frank asks political hopefuls: "Why pick a fight that doesn't have to be waged?"

The problem with atheism, politically, starts with the phrase. I've advised people who are themselves nonbelievers not to use the word "atheist." It has a harshness to it. Not necessarily literally, but it comes off as a repudiation of religion. And religion is very important to many people, a source of good feelings for many of them. It is not always, unfortunately a motive for good behavior.

Other topics in the clip include Frank's Judaism and the volatility of religion worldwide. Check it out, AFTER THE JUMP…