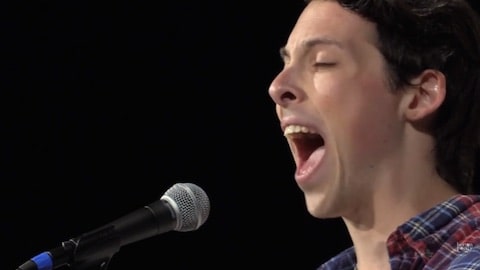 The poem, recounting Kantor's experience of coming across his rapist's Facebook profile, opens: "When my rapist showed up under the 'people you may know' tab on Facebook, it felt like the closest to a crime scene I've ever been."

@Kevin_Kantor I just listened to you recite "People You May Know." Thank you for your brave, brave heart. 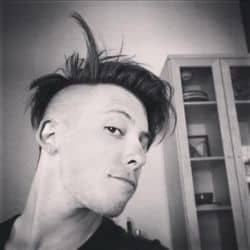 Kantor hopes his performance will provide a voice to male survivors of sexual assault, especially those who weren't believed when they spoke about being attacked.

"If nothing else, I hope people realize that the systems in place that work to shame and silence male survivors of sexual violence are the same ones that work to invalidate the voices all survivors: women, trans* people, gender non-conforming folk.

"I was asked why I, as a man, didn't 'fight back,' in a society that privileges and presupposes a dominant masculine identity. I believe one of the first steps in advocating for all survivors of sexual violence and abolishing our country's pervasive rape culture is championing the cause of gender equality."

Watch Kantor's performance, AFTER THE JUMP…