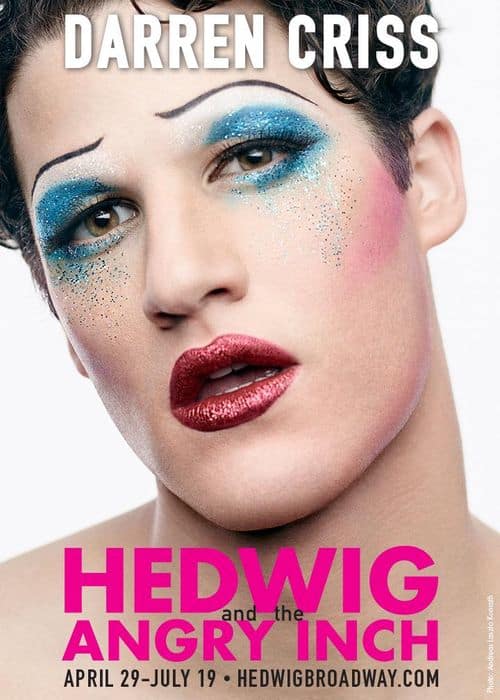 Darren Criss has revealed the first photo of him as Hedwig in Hedwig and the Angry Inch on Broadway. He takes the role over from creator John Cameron Mitchell on April 29.