A Reuters/IPSOS poll shows that the majority of Republicans would attend the same-sex wedding of a loved one.

A Reuters/IPSOS poll shows that the majority of Republicans would attend the same-sex wedding of a loved one. 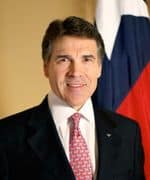 The news comes following the embarrassing spectacle of Republican presidential candidates tripping over themselves to "correctly" answer the “gotcha” gay wedding invitation question and suggests trouble to come for Rick Perry (right), Scott Walker, Rick Santorum, John Kasich and others,

According to the new poll, 56 percent of Republicans have indicated they would show up for a friend or family member’s same-sex wedding.

Yesterday, Mat Staver demanded that all Presidential candidates must sign a pledge vowing not to obey any Supreme Court ruling in favor of marriage equality.

Listen to Perry try to dodge the "gotcha" question by blaming the "real problem" is the "left" trying to…I don't know…ask a question…AFTER THE JUMP...