In 2012 Marvel comics launched the All New X-Men, a new series centered around Charles Xavier’s first five students who would eventually become the original X-Men. Teenaged versions of Cyclops, Beast, Angel, Iceman and Jean Grey are transported into the future and forced to face the decisions their future selves have made. Cyclops struggles to accept his future as a murderer and social pariah, Jean Grey–who becomes the Phoenix–copes with the fact that she no longer exists, and Beast fights to understand the secondary mutation that appears to be killing him.

In tomorrow’s issue of the All New X-Men it’s revealed that Robert “Bobby” Drake (Iceman) is also working to cope with a future that he doesn’t quite understand. This version of Bobby, Jeans discovers, is actually gay–despite the fact that his future self isn’t. 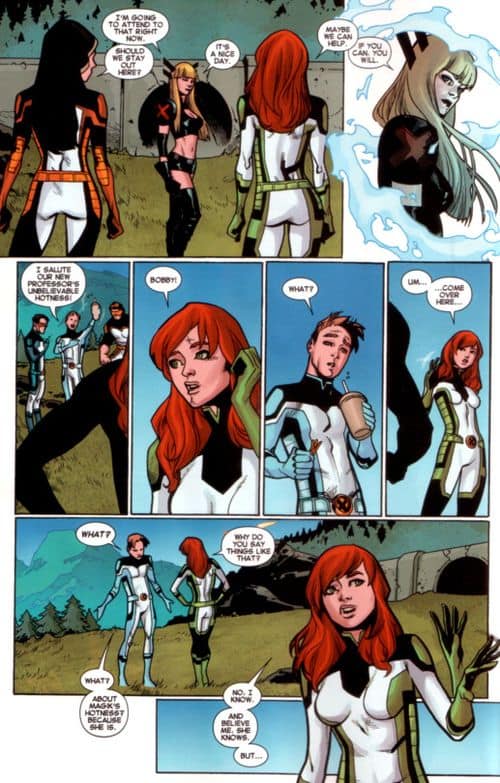 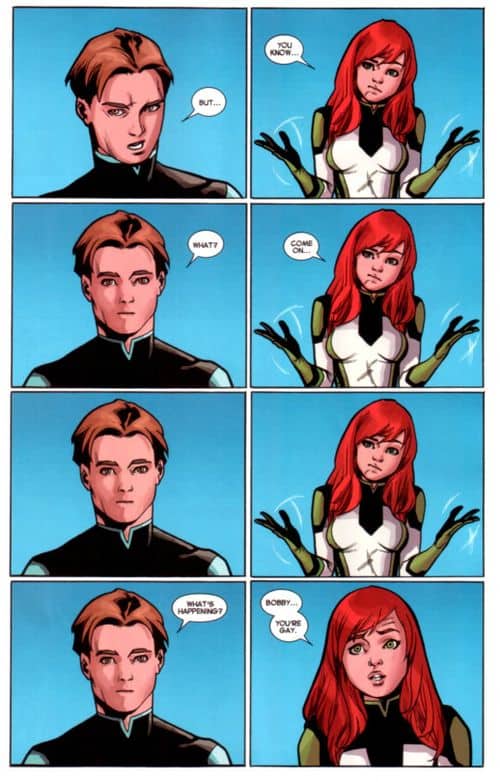 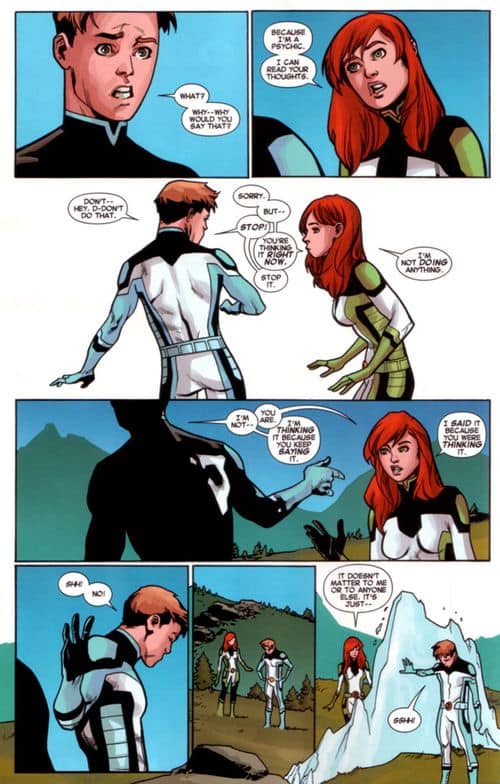 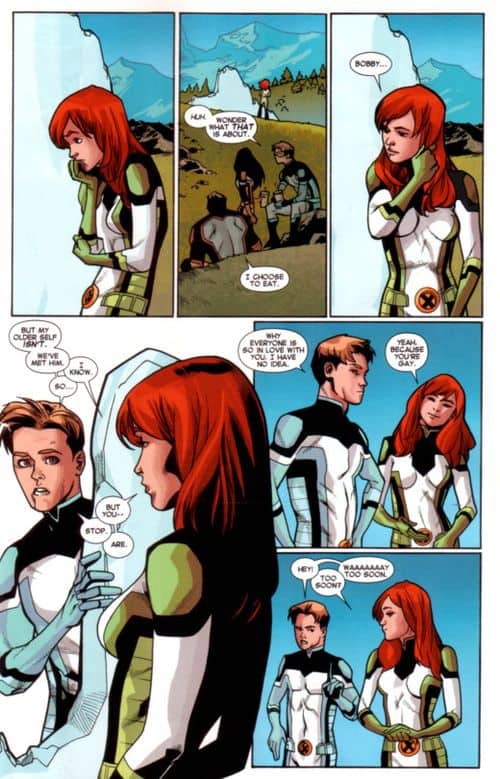 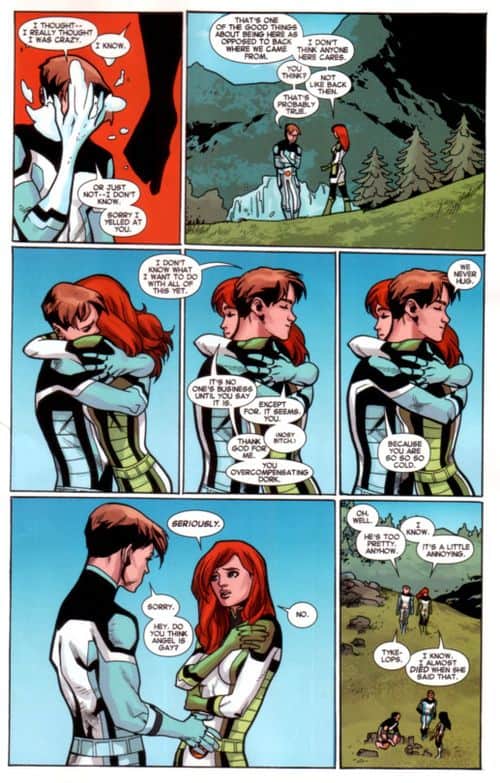