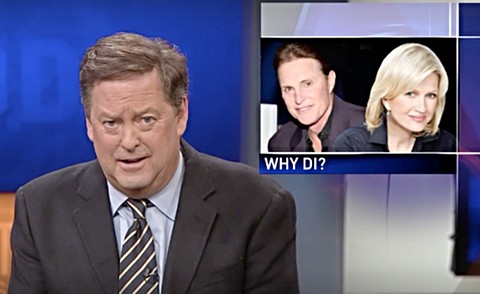 KTLA 5 News Anchor Sam Rubin is having none of it with the media circus surrounding Bruce Jenner’s upcoming interview with Diane Sawyer, ripping the award-winning journalist on-air for participating in the vapidity of the Kardashian media juggernaut.

"I don't care if Bruce Jenner is transitioning from one gender to another, one political party to another, one religion to another. What I do care about is that Jenner has been a passive participant in what can best be described as a cultural crime that has gone on for years."

Rubin ponders why an interview with Bruce Jenner merits two hours of airtime, regardless of whether he’s transitioning, switching political parties or religion.

Rubin also butchered CNN Senior Media Correspondent Brian Stelter’s comments after he called the Jenner interview, "(Sawyer’s) biggest scoop since stepping down from ABC’s World News last summer." Rubin lambasts Stelter, calling him an "idiot" and claiming that he only got his job because "of his uncanny physical resemblance to the man who hired him at CNN."