The White House tonight responded to a "We the People" petition urging the government to"Enact Leelah's Law to Ban All LGBTQ+ Conversion Therapy" after it reached more than 120,000 signatures. 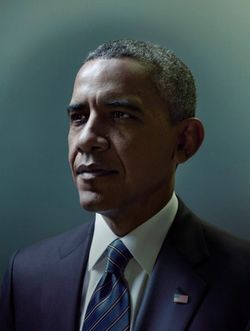 A quote from President Obama was included with the White House response:

“Tonight, somewhere in America, a young person, let's say a young man, will struggle to fall to sleep, wrestling alone with a secret he's held as long as he can remember. Soon, perhaps, he will decide it's time to let that secret out. What happens next depends on him, his family, as well as his friends and his teachers and his community. But it also depends on us — on the kind of society we engender, the kind of future we build.”

We share your concern about its potentially devastating effects on the lives of transgender as well as gay, lesbian, bisexual, and queer youth…As part of our dedication to protecting America’s youth, this Administration supports efforts to ban the use of conversion therapy for minors…This Administration believes that young people should be valued for who they are, no matter what they look like, where they’re from, the gender with which they identify, or who they love.

"As part of their duty to safeguard the health, safety, and welfare of their citizens, several states have taken their own steps to protect minors from the potentially dangerous effects of conversion therapy. California, New Jersey, and the District of Columbia have all banned licensed professionals from using conversion therapy on minors. Since last year, lawmakers in 18 other states have introduced similar legislation.

In a 2013 signing statement for his state’s legislative ban, New Jersey Gov. Chris Christie expressed that “exposing children to these health risks without clear evidence of the benefits that outweigh these serious risks is not appropriate.”[3] In February 2015, a New Jersey Superior Court judge ruled that advertising a service that could change a person’s sexuality is fraudulent and violates the state’s consumer protection laws.

While a national ban would require congressional action, we are hopeful that the clarity of the evidence combined with the actions taken by these states will lead to broader action that this Administration would support.

BREAKING: President Obama supports efforts to ban the use of conversion therapy for minors → http://t.co/TAZqqDxwd9 #LeelahsLaw

The petition was named for trans teen Leelah Alcorn, who took her own life in December by walking in front of a semi truck near her home outside Cincinnati. After Alcorn's parents refused to allow her to begin transitioning when she turned 16, she decided to come out as gay. They then tried to send her to conversion therapy.

Officials also announced the creation of an “all-gender restroom” in the Eisenhower Executive Office Building, where many of the White House staff members work, to provide an additional option for transgender individuals who are not comfortable using either the men’s or women’s restrooms.