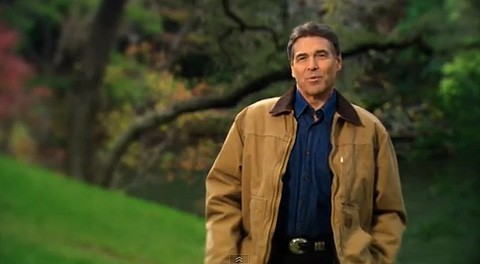 Not surprisingly, anti-gay former Texas Gov. Rick Perry plans to officially enter the 2016 Republican presidential primary at an event in Dallas next month. 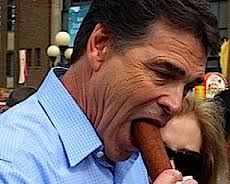 For months Perry has said that he would announce his decision in May or June. But his constant travel to the early contest states of Iowa, New Hampshire, South Carolina and Florida has left little doubt of his intentions.

Unlike four years ago, when he rushed into the contest after seeing he could raise quick money and was leading in polls, Perry enters this contest as an underdog.

He is polling in single digits, but again unlike his last run, he has spent more than a year in preparation. He has consulted weekly with conservative experts on foreign relations and economic policy. He has assembled advisers and campaign teams in the early states and has even taken tutoring in public speaking.

The announcement was made by Perry's wife Anita on Twitter, a possible indication he'll aim to emphasize his appeal to GOP women:

.@GovernorPerry & I have been discussing the future of this great country and how our family can play a role. https://t.co/S2EOc5sliC

Once the frontrunner for the 2012 GOP nomination, Perry's campaign flamed out amid a few disastrous debate performances. His decision to go anti-gay in Iowa also backfired, after he released a widely parodied "Strong" ad slamming the repeal of "don't ask, don't tell."

Perry, who's currently facing two felony counts, has a long history of opposition to gay rights. He once called the state's sodomy ban "appropriate," but later said he'd forgotten what the case was about. He championed Texas' 2005 marriage amendment, holding an unnecessary ceremonial signing at a Fort Worth church. And more recently, Perry — long plagued by rumors that he's closeted — compared homosexuality to alcoholism in response to a question about so-called reparative therapy.

Check out a video featuring some of Perry's biggest bloopers over the years, AFTER THE JUMP…