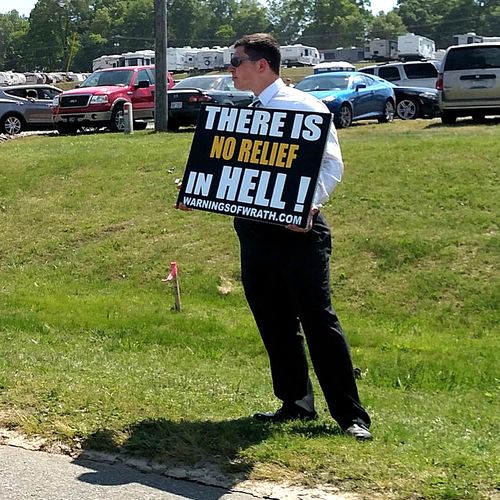 A Reddit user named 'SodomyTickles' took advantage of a group of street preachers protesting outside a rock festival on May 2nd and 3rd at the Charlotte Motor Speedway in Concord, NC, who were apparently not aware that the domain on their signage had expired.

Their website now points to the (extremely work-unfriendly) site 'scaryf–kers.com'.