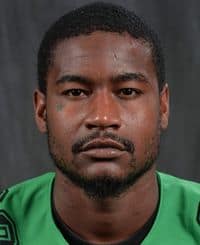 Steward Butler, the former running back for the Marshall University football team in Huntington, West Virginia who was arrested earlier this month and charged with battery after beating a gay couple he saw kiss on the street, has been indicted on felony state charges of violating the civil rights of the two victims.

The apparent hate crime occurred back in April, when Butler reportedly spotted two men kissing in downtown Huntington and proceeded to punch the two men and shout “derogatory comments” at them.

Butler was dismissed from Marshall’s football team earlier this month after the school’s athletic director saw video of the attack. 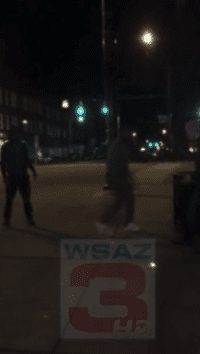 West Virginia’s hate crimes law does not include sexual orientation, but Prosecutor Sean “Corky” Hammers said his office charged Butler with a hate crime anyway, based on sex instead of sexual orientation, because prosecutors believe Butler wouldn’t have committed the crime if one of the members of the couple had been a woman.

“The case needed some serious consideration because of what he did,” Hammers said.

Hammers said there is legal precedence that supports the strategy.

“I couldn’t let it go with misdemeanor battery, based on his actions,” he said.

Watch video of the alleged attack, AFTER THE JUMP…(warning: graphic)

“My partner, Casey Williams, and I politely and respectfully ask the officials at Marshall University responsible for making the decision as to the future status of Mr. Stuard Butler to continue their support of diversity, inclusion, and acceptance and refuse – wholeheartedly – his appeal to reinstated as a student.

“While Casey and I believe that everyone makes mistakes and they should ultimately be forgiven for those mistakes. We also believe that actions have consequences and, in this case, the consequences should be severe. Aside from the physical assault that occurred that night, Mr. Butler’s actions were nothing less than a hate crime acutely focused on Casey and I solely because of our sexual orientation. His actions were completely unprovoked. Casey and I were minding our own business and said nothing to Mr. Butler at all. His actions were based on, at best, his homophobia and – at its worst – his intolerance, lack of acceptance, and personal hatred of those different from himself.

“During a walk back to our hotel in Huntington that night, Casey and I shared a brief and simple kiss on the street. Mr. Butler, witnessing that act from a passing car, shouted anti-gay slurs before having the driver stop the vehicle so that he could exit the car to attack us. He both physically and verbally abused both Casey and I again solely because we are gay. We were both punched in the face and were fearful for our collective safety. Had Mr. Butler’s friends not convinced him to get back into the car, I believe the beatings would have continued and been even worse than they were. Both Casey and I are appreciative that at least Mr. Butler’s friends were aware that his actions were horribly wrong and they, in the end, convinced him to stop and move on.

“As an adult gay man, I am saddened to admit this is not the first time I have experienced this kind of hate. It is, perhaps, because of my past experiences that I almost instinctively began to record the attack on my cell phone. Had I not had the presence of mind to do that, I’m not sure anyone would believe what occurred that night on the streets of Huntington, West Virginia.

“I would hope that the officials at Marshall University, in full recognition and acceptance of the heinous nature of this crime – a crime currently being investigated by the US Department of Justice’s Hate Crime Division – would join Casey and I in deploring this kind of behavior. Actions such as this are not indicative of the student body as a whole and, we believe, it is critically important that a message be sent that behavior such as this is simply not accepted and the consequences for anyone engaging in such will be both swift and severe.

“Very much like many of you I suppose, I wish that none of this had happened and that Mr. Butler’s and our paths had not cross that night. The reality is, our paths did, in fact, cross and it has scarred both my partner and I more than you can imagine.

“Simply put, Casey and I respectfully ask that you deny Mr. Butler’s appeal in an effort to clearly demonstrate your support of the LGBTQ community and send a message to the Marshall student body that hate crimes of any kind will not be taken lightly regardless of one’s position within the University.”