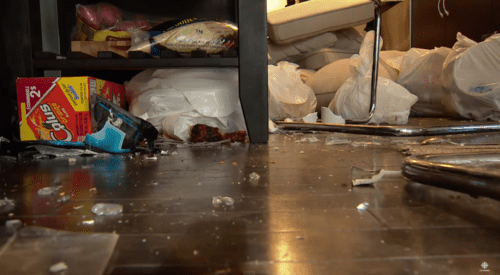 A nightmare story out of Calgary, Canada that might make you think twice before renting out your home to strangers.

Mark and Star King rented out their property in Calgary, Canada, on popular website Airbnb and believed the holidaymakers would be four adults who were in town for a wedding.

But when they returned to their home, following concerned calls from neighbours, they were greeted with destroyed furniture, smashed glasses, used condoms and underwear strewn across the floor, barbecue sauce on the walls and every surface covered in rubbish.

"They're going to send in crews in full masks, taped up in order to deal with the contents," said Star King's husband, Mark (pictured right).

He was also told that any garbage leaving the home must be treated for biohazardous material before it can be sent to the landfill.

The Kings have also met with a hazmat specialist, who be will tossing "everything soft" — couches, bedding, towels and sheets — because there is no way to identify the various bodily fluids the renters left behind.

CBC adds police are still searching for the man who originally rented the house and may charge him with mischief to property over $5,000.

See footage of the home's destruction, AFTER THE JUMP… 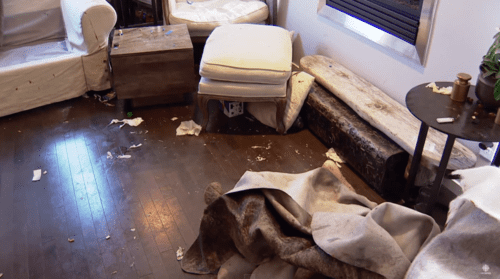