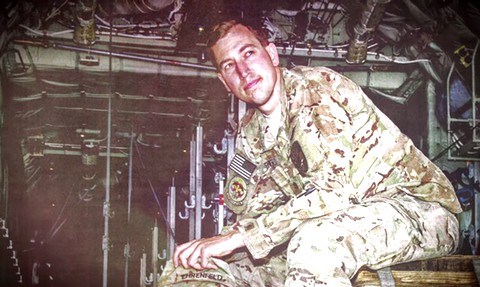 Chatanooga-based WRCB is refusing to an air a 30-second ad produced by Freedom to Marry and featuring a gay Republican soldier, which makes the case for marriage equality in Tennessee, Buzzfeed News reports.

“It’s just a very controversial and personal issue, and we just choose to not air a commercial on either side of that debate,” Tom Tolar, the president and general manager of Chatanooga-based WRCB, told BuzzFeed News in a phone interview.

The ad crossed the station’s lines, he explained, because “people probably have really strong opinions on one side or other of the debate. It’s just an emotional debate for many people.” 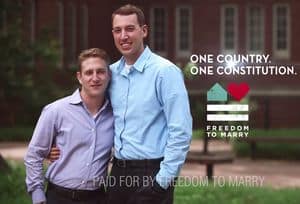 The ad features Jesse Ehrenfeld, a Nashville resident and Commander in the Navy, who just returned from a nine month deployment to Afghanistan, and his partner Judd Taback.

Says Ehrenfeld in the ad, which is airing in Memphis and Nashville:

I’m a Republican, I’m a doctor, and I’m a soldier. As a military physician, I take care of other people’s loved ones who are wounded in combat. But here at home, I’m fighting a different fight. Because I’m gay, I’m not allowed to marry my partner here in Tennessee where we live. I was able to stand up and put my life on the line for the freedoms that we all enjoy, and yet I don’t have the freedom to marry my partner Judd. Support the freedom to marry, because freedom means freedom for everyone.

“Perhaps they are afraid of running afoul of their audience, but for us, that’s why it’s important to share this ad with as many people as possible — so they can understand the impact of the marriage debate on people like Judd and myself, that we cannot share in all the rights marriage offers and are made to feel like we are second-class citizens. And that is not right in any shape or form.”

Previous Post: « Towleroad Guide to the Tube #1744
Next Post: Bruce Jenner Will Debut ‘Her’ on a ‘Vanity Fair’ Summer Cover Shot by Annie Leibovitz »