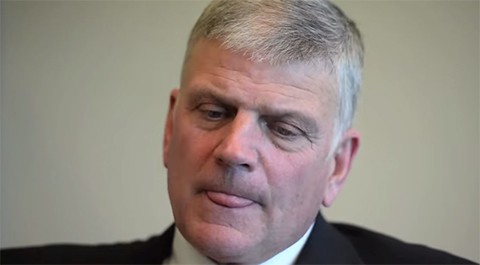 Franklin Graham, son of anti-gay evangelical leader Billy Graham, is speaking out against Boy Scouts of America president Robert Gates and his call for the BSA to end its ban on gay adult leaders.

Robert Gates, shame on you for not having the moral courage to do what is right. Yesterday Gates, the president of Boy…

Souther Baptist Convention spokesman Roger "Sing" Oldham has also spoken out against Gates' announcement, saying the Boy Scouts "have planted the seed of their eventual destruction.”