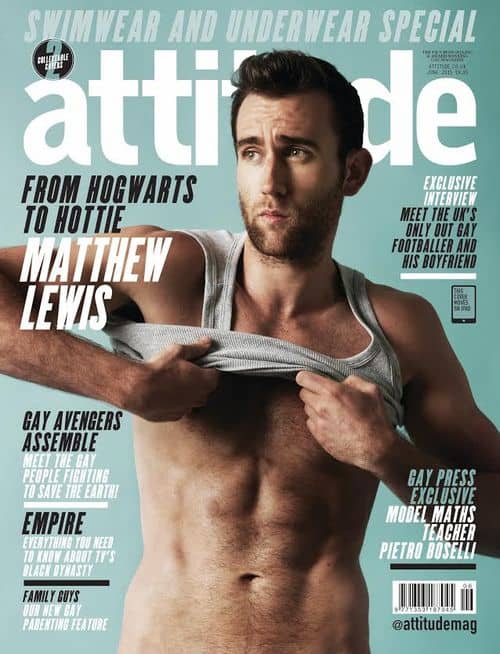 Matthew Lewis, who played bumbling Neville Longbottom in the eight Harry Potter films, has grown up quite nicely as evidenced by the new cover of UK's Attitude magazine.

In the interview, the 25-year-old British actor discussed his physical transformation for his new film Me Before You co-starring Game of Thrones' Emilia Clarke:

My character, Patrick, is a triathlete and personal trainer, so he’s totally focused on the race that he’s going to be running. I spoke to the director and I said it’d be nice to get into the mindset of someone like that, because he’s not drinking alcohol, he’s just eating salads all the time, and I was very interested to know where you go to in your mind to have that level of commitment. So I sort of gave up alcohol – I say sort of, I have given up alcohol [laughs].

And on waxing his body for the role:

Apparently triathletes shave their legs for added aerodynamics, to buy you that extra couple of milliseconds. And my character, that is what he would do, so I think I’ll be losing the leg hair! I haven’t waxed before. I was quite keen just to shave every day but it was Emilia’s idea. She was like ‘no just wax it! Then you’ll only have to do it once!’ I was like ‘argh!’ I haven’t done it yet but we’ll see! 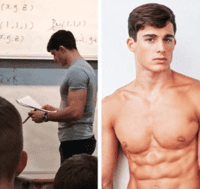 The latest issue also included a secondary cover featuring Pietro Boselli, the mathematics teacher at University College London who blew up the internet in March after it was discovered he doubled as an insanely attractive male model.

Check out the other cover, as well as another shot of Lewis (in even less clothing) AFTER THE JUMP… 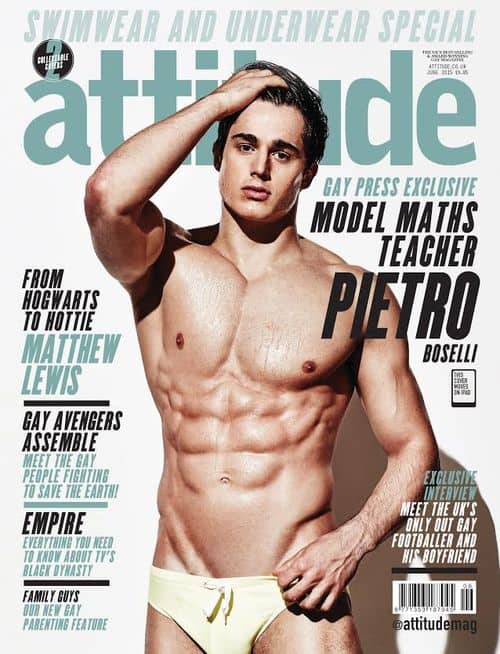 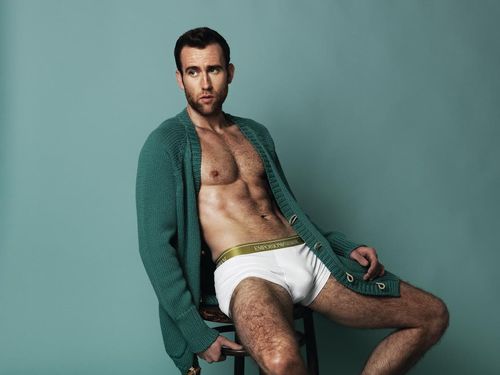