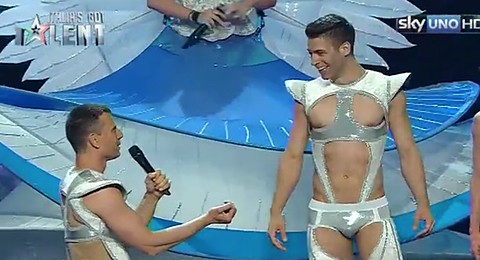 In a moment never before seen on Italian TV, a gay couple got engaged.

The proposal took place on Italia's Got Talent, after Les Farfadais, a troupe of acrobatic dancers, performed a routine to "The Power of Love". One of the dancers then got down on one knee, and after his boyfriend said "yes" the couple kissed on stage.

The judges Vanessa Incontrada, Claudio Bisio, Nina Zilli, Luciana Littizzetto and Frank Matano, were as stunned as the audience, who cheered for the couple.

Said the show's host: "I swear that this marriage proposal was not in the lineup."

Italy, of course, does not have marriage equality but has been making modest moves toward it in recent months.

In February, Italy's highest appeals court ruled that same-sex marriage is not a constitutional right but that gay couples are entitled to certain rights and protections. 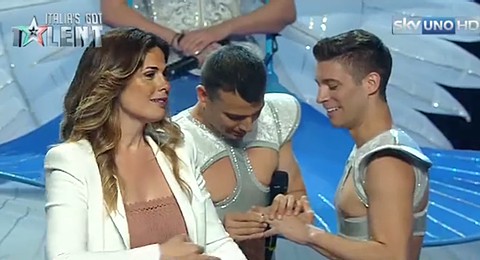 Posted by Italia's Got Talent Official on Thursday, May 7, 2015