Kazakhstan has rejected a proposed “gay propaganda” bill as unconstitutional 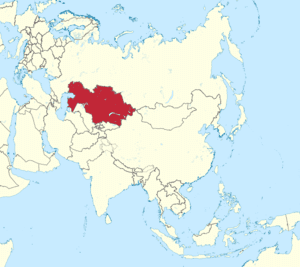 In February, the upper house of the Central Asian country voted in favor of the bill banning "propaganda of a non-traditional sexual orientation" in order to protect children "from information harmful to their health and development."

A new ruling from Kazakhstan’s Constitutional Council will block the bill from becoming law, however.

It has been reported that the Constitutional Court invalidated the proposed bill – which would have created a ban similar to that in Russia – because its wording was unclear.

Similar bills have been considered throughout the region. One proposal is currently being considered in the parliament of Kyrgyzstan.

“This ruling is an important moment in the fight for the protection of human rights in Kazakhstan. We hope it will serve as an example both for other countries vying for an Olympic bid and for countries in the region considering similar propaganda bills.”