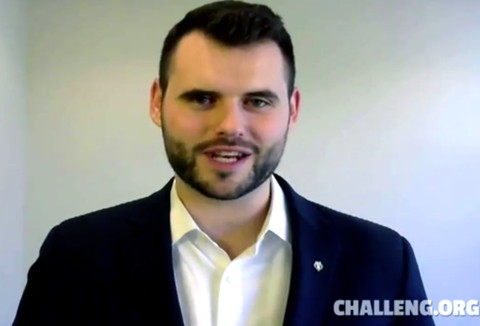 A pro-LGBT group has raised more than $50,000 to donate to the Boy Scouts of America if the organization ends its ban on gay adult leaders.

Scouts for Equality launched its campaign on the crowdfunding site Challeng.org last week, calling on President Bob Gates and the Boy Scouts to lift the organization's ban on gay adults during its national meeting later this month.

"If they meet this challenge and vote to end their ban on gay adults, the proceeds from this campaign will be donated straight to the Boy Scouts of America. But if they don't vote down the ban, your donation won't be processed," Scouts for Equality Executive Director Zach Wahls says in a video promoting the campaign.

"When I was growing up in the Boy Scout, my moms taught me that being gay ha nothing to do with your ability to live by the promises of the Scout law," Wahls says.

The BSA lifted its ban on gay youth in 2013 but continues to bar gay adult leaders. However, the Greater New York Councils of the Boy Scouts recently hired an openly gay man to serve as youth leader. Meanwhile, the New York attorney general's office has launched an investigation into whether the Boy Scouts' employment practices violate the state's ban on anti-gay discrimination

Watch Scouts for Equality's video promoting the Challeng.org campaign, AFTER THE JUMP …

Previous Post: « All Mika Wants to Do Is ‘Talk About You’ – VIDEO
Next Post: ‘Brokeback Mountain’ Writers to Pen Film Based on Father’s Cross Country Walk in the Wake of Gay Son’s Suicide »