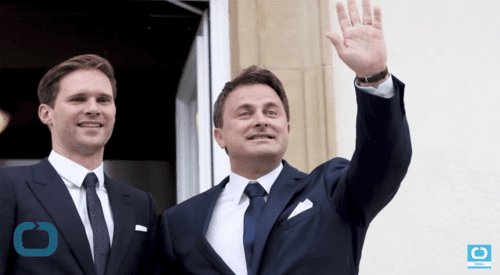 Luxembourg's prime minister Xavier Bettel (above right) married his partner Gauthier Destenay at Luxembourg City Hall this afternoon, becoming the first leader in the European Union to wed someone of the same sex.

Greeted by scores of well-wishers outside city hall after the private ceremony, the couple, in dark suits and ties, waved to the crowd. Bettel, a liberal whose election 18 months ago ended decades of conservative rule in the traditionally Catholic country, hugged Destenay and said: “Luxembourg can set an example.”

“I came to the wedding of a friend. It's a great moment for him and I had to be present,” Michel told Belgium's RTBF radio.

Bettel, a lawyer by training, publicly came out as gay in a radio show seven years ago. Destenay, already his boyfriend at the time, had still not come out.

Watch a report on the story, AFTER THE JUMP…