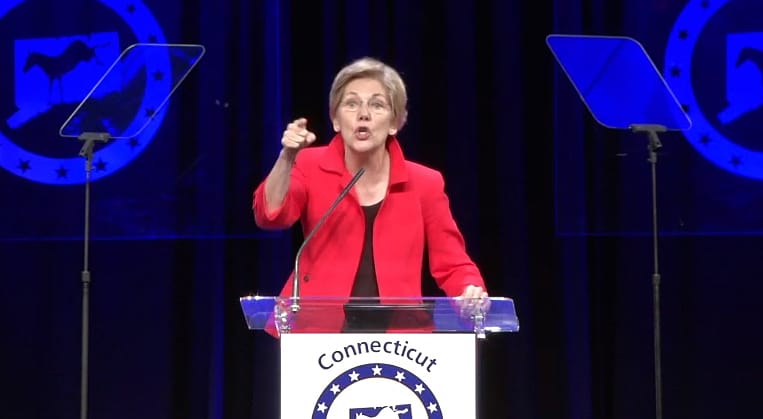 Speaking at a Connecticut Democratic fundraiser on Monday night, Senator Elizabeth Warren (D-MA) took aim at several of the Republican presidential candidates, but saved a special ire for Wisconsin Governor Scott Walker and his calls for a federal marriage amendment.

“Scott Walker also has a vision. Also has a vision of what it means to be President. After the Supreme Court said on Friday that equal means equal and loving couples can marry and raise families, he vowed to fight on, saying, ‘No one wants to live in a country where the government coerces people to act in opposition to their conscience. Well, Scott Walker, if you believe the next president’s job is to encourage bigotry and to treat some families better than others, then I believe it is our job to make sure you aren’t president.”