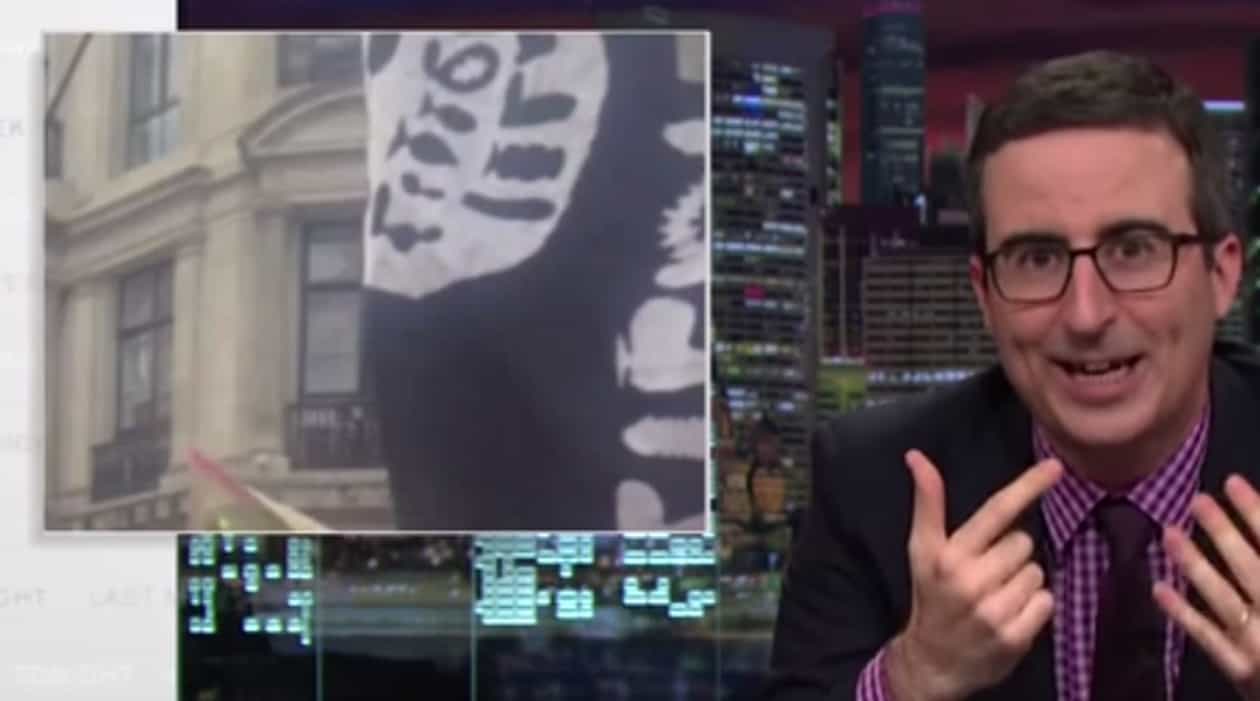 CNN’s reporter Lucy Pawle made the report that broadcast on CNN. She said, “If you look at the flag closely, it’s clearly not Arabic. In fact, it looks like it could be gobbledegook. But it’s very distinctively the ISIS flag.”

Watch Oliver rip into CNN below: