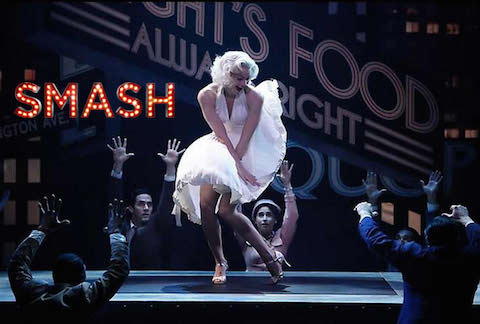 Bombshell, the Marilyn Monroe-inspired musical from NBC’s Smash, is in development to become a full-fledged stage production. This week’s news from Universal Stage Productions follows on the heels of a one-night concert presentation of songs written for the TV series by composers Marc Shaiman and Scott Wittman. Smash producers Craig Zadan and Neil Meron will executive produce, though none of the cast from the series is involved at this stage, and a timeline has not yet been announced. 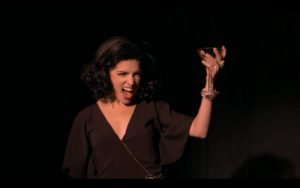 Camp, the cult-classic indie film about theatre kids at sleep-away drama camp, will return for another on-screen installment, writer-director Todd Graff revealed to Playbill.com. Based on Stagedoor Manor in upstate New York, the 2003 movie started Anna Kendrick, Sasha Allen, Robin de Jesus and others as young theatre devotees with big dreams. Graff told the site he hopes the original stars will return, and hinted at appearances by Patti LuPone and Donna Murphy in a number choreographed by Jerry Mitchell. Production is set to begin next year.

The acclaimed Young Vic production of Arthur Miller’s A View From the Bridge will transfer from London to Broadway’s Lyceum Theatre this fall, producers Scott Rudin and Lincoln Center Theatre announced. Director Ivo van Hove, a downtown regular, will make his Broadway debut with the pared-down production, which will star Olivier Award-winner Mark Strong along with the rest of the principal London cast. The 18-week limited engagement will begin previews October 21 for an opening night of November 12. 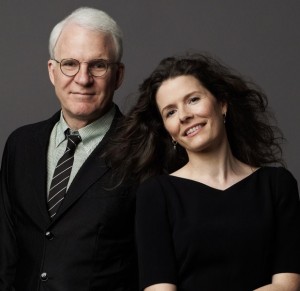 Steve Martin and Edie Brickell’s musical Bright Star is aiming for Broadway in 2016, producer Joey Parnes announced. The story follows an ambitious WWII veteran-turned-writer and his relationship with a successful literary editor in the American South. Previously produced at The Old Globe Theatre in San Diego, the musical is scheduled for a pre-Broadway engagement at the Kennedy Center in D.C. beginning December 2, directed by Walter Bobby. Official Broadway plans have not yet been announced.

The Broadway premiere of Dames at Sea, a musical first seen Off Broadway in 1968 featuring Bernadette Peters, will play the Helen Hayes Theatre beginning September 24 for an opening night of October 22. With book and lyrics by George Haimsohn and Robin Miller, and music by Jim Wise, the musical tells the story of a young actress who learns that the theatre home to her first Broadway show is set for demolition. Randy Skinner directs and choreographs the Infinity Theatre Company and Perry Street Theatricals production.

Previous Post: « The Perfect Agenda for a Weekend Getaway in LA: Stay Hilton, Go Out, Have Fun
Next Post: Watch the Full Documentary on the U.S Government’s ‘Uniquely Nasty’ War on Gays – VIDEO »