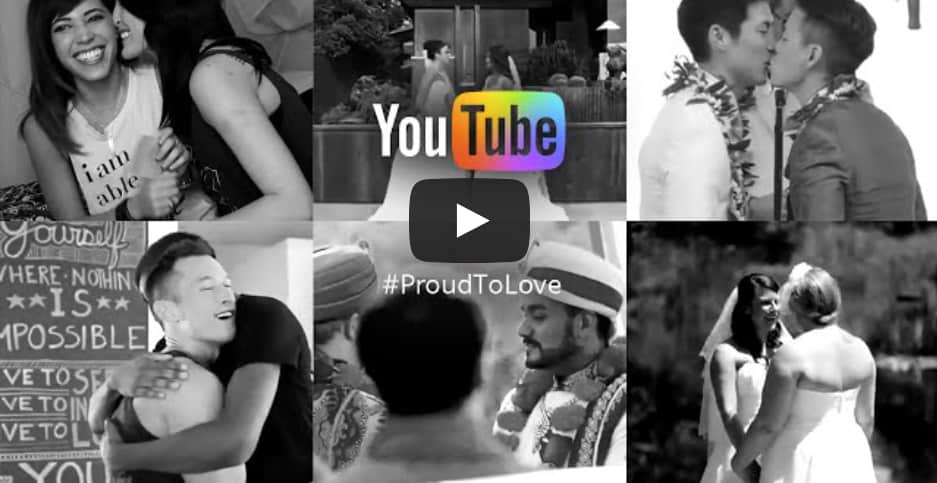 In case this morning’s landmark ruling from the Supreme Court hasn’t already left you emotional, this video from YouTube will most likely give you the feels.

In celebration of marriage equality being guarenteed by the ruling in Obergefell v. Hodges, YouTube released a video to commemorate the occasion titled, “#ProudToLove.” As AdWeek notes, YouTube was one of the first to put out a spot celebrating the historic decision:

The video site has the added cred of being an actual vehicle for messages of tolerance, personal confession and love. Which is why the first part of this video includes clips played through the familiar YouTube interface, reminding us that gay people have often turned to YouTube to broadcast their struggles for acceptance—and their moments of transcendence when it happens.

The spot, directed by Scott Chan of Whirled, nicely mixes the personal and the political, the public and the private. And the result, while not groundbreaking, is a great emotional tribute on a day that is—one that looks to both the past and future at a moment when the country changed forever.

Watch the moving video below: