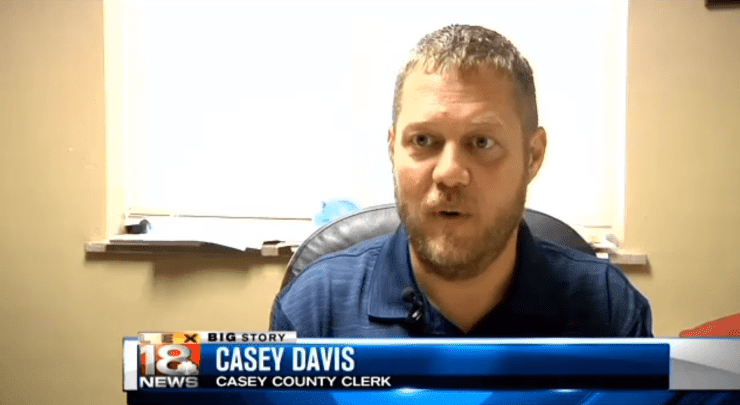 Casey County, Kentucky Clerk Casey Davis has said that it would be a violation of his first amendment rights to force him to marry same-sex couples because of his religious objection to doing so.

Speaking on the Family Research Council’s “Washington Watch” program on Monday, Casey painted himself as yet another victim of Christian persecution in America.

“It’s not just me being violated but it’s both side of the coin, both sides of this issue that’s at stake here, and that is our First Amendment rights,” Davis said. “We have religious freedom in this country and if we lose that we’ve lost everything.”

Davis has been adamant that he should not have to marry same-sex couples as county clerk of Casey County because of his religious beliefs.

Listen to his latest comments below: