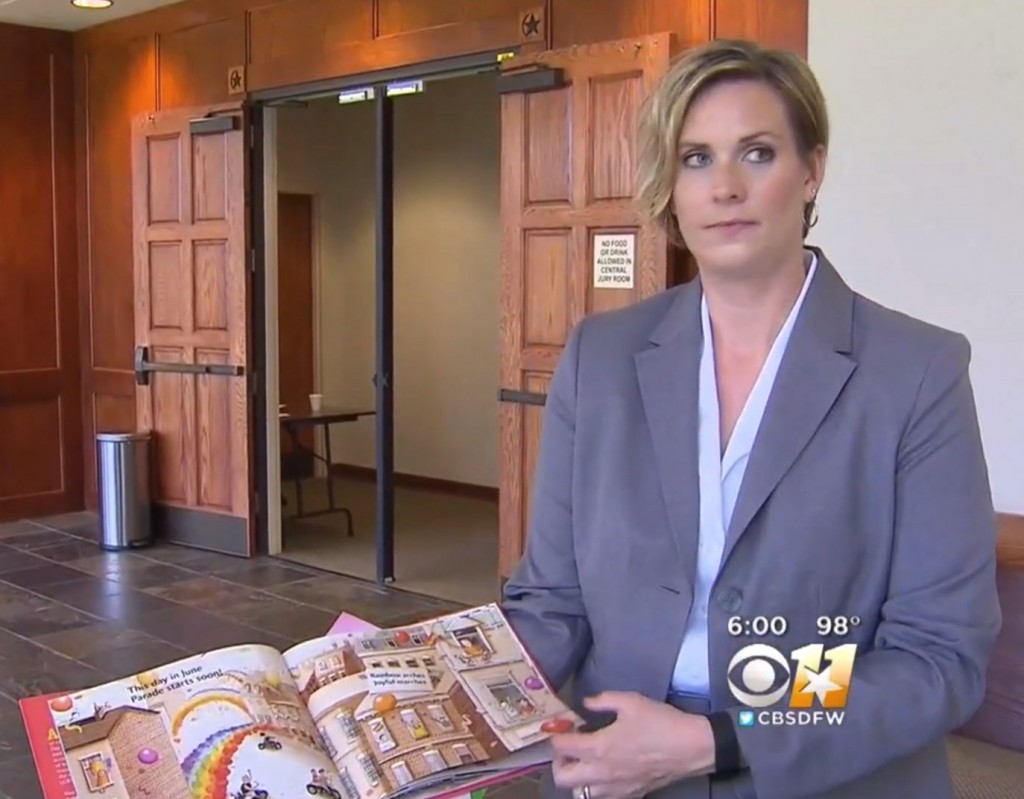 Earlier this month, we mentioned how residents in Hood County, Texas, were attempting to get two LGBT-themed books — “My Princess Boy” and “This Day in June” — removed from the local library.

The bigoted book-banning effort came on the heels of County Clerk Katie Lang’s decision not to issue marriage licenses to same-sex couples, which led to a lawsuit forcing her to relent. Combined, the two stories made Hood County an epicenter for anti-LGBT hate. 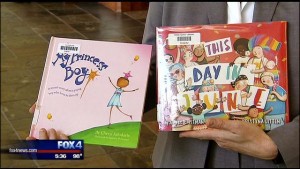 As it turns out, though, there are plenty of fair-minded people in the county of 52,000 residents southwest of Fort Worth. And foremost among them, perhaps, is librarian Courtney Kincaid, who resisted the effort to remove the books. When a parent initially complained, Kincaid referred the matter to the Library Advisory Board, which voted to keep the books.

On Tuesday, thanks to a campaign by the wife of anti-gay Republican state Sen. Brian Birdwell, the County Commission reconsidered the board’s decision. More than 200 people packed the meeting. Residents spoke for several hours and were evenly split on whether to keep the books, one of which has already been moved to the adult section of the library.

Acting on the advice of their attorney, who said removing the books would amount to illegal censorship, commissioners ultimately voted to keep them.

Kincaid has put “My Boy Princess” in the children’s books area, while “This Day In June” goes into adult non-fiction. She defends both books, pointing out there is no obscenity. “It’s adult issues, of course. But what children would probably get out of this is a pretty book, pretty illustrations, and people just being accepted. And appreciated and not bullied.”

Kincaid continued saying, “We have lesbians and gays in the community and they deserve to have items in the collection for themselves or for their families.” Her advice to traditional parents who disagree with either book’s position? “Don’t check it out. We have many books and items that they would appreciate to check out.”

The Texas Observer has more:

Granbury resident Dave Eagle said the books are about “transvestic behavior” and “program children with the LGBT agenda.” Eagle wants them moved from the children’s section of the library to the adult section.

“This is information that hits a child’s eyes and goes into their brains before they have a chance to make a decision about it,” Eagle said. “As adults we have a duty to protect children’s innocence.” …

After Kincaid’s decision, Mel Birdwell, wife of tea party-backed state Sen. Brian Birdwell (R-Granbury), sent an email to more than 70 people asking them to contact the county commissioners to voice their displeasure.

“We as Christians must begin to take a stand on these issues such as gay marriage and the indoctrination of LGBT acceptance in our children’s lives,” Birdwell wrote in the email.

Watch the report from CBS 11 below.